I'm linking up with Courtney @Eat, Pray, Run DC, Mar @ Mar on the Run and Cynthia @You Signed Up For What?! for the Friday Five - Favorite Race Memories. 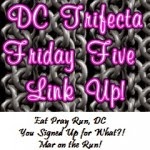 My favorite race memories?  Only 5?!  That’s like asking me to tell you what my five favorite flavors of cupcakes are.  There are just so many….
I’m sure after I write this I’ll think of 5 more that may be in the running, but let’s go with these! 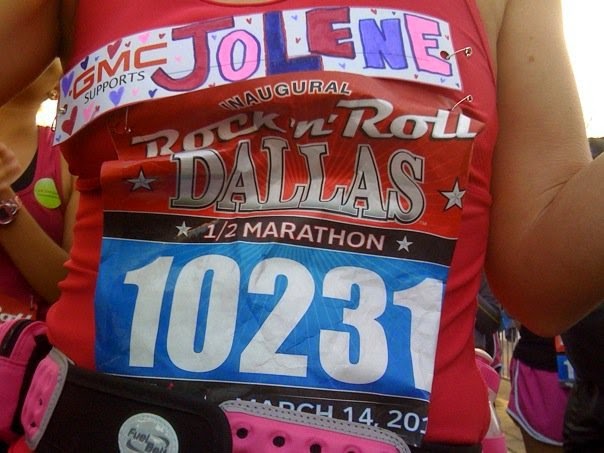 The Dallas Rock and Roll Half Marathon.  It wasn’t anything super spectacular, but that race will always be in that special place.  In fact, I’ve done it every year since it’s started here.  It’s just the race I do every year.  I was a legacy runner after 5 years and I plan to be in 10 as well.  I set a goal and I met it.  Spot on. 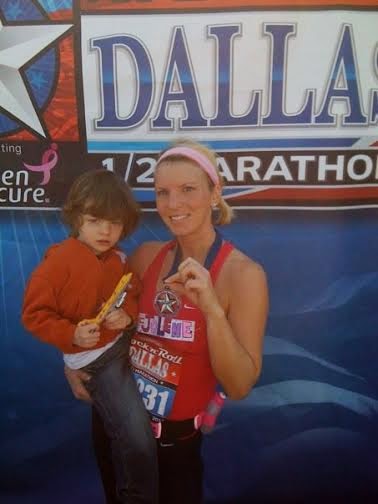 My first 5k.
An untimed 5k for the love of the SPCA of Texas.  It included a small amount of fundraising for my favorite cause.  Animals.  Dogs particularly.  It seemed like I trained forever for this race.  In fact, it probably took me 4-6 months to build my endurance in order to actually run the 3 miles.  What makes this one so special is that I did it with my very first pet, Kirby T. Ferguson, bad dog extraordinaire. 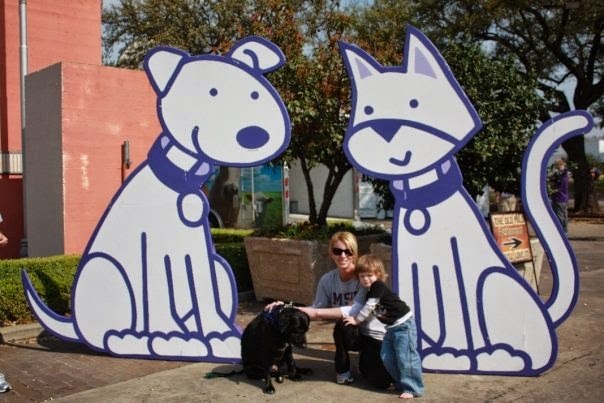 In fact, we kind of smoked it.  Even though it was untimed, my watch said 26 something, making it unofficially, the fastest 5k I’ve ever raced.  It helps, of course, when you are bring pulled by a 80lb black lab.
Love Marathon
I’m noticing a lot of “first” on this list, this one being no exception.  Earlier this year I did my first trail race (it was the first time I’d even run on a trail) in Huntsville, with a giant circle of friends from MRTT. 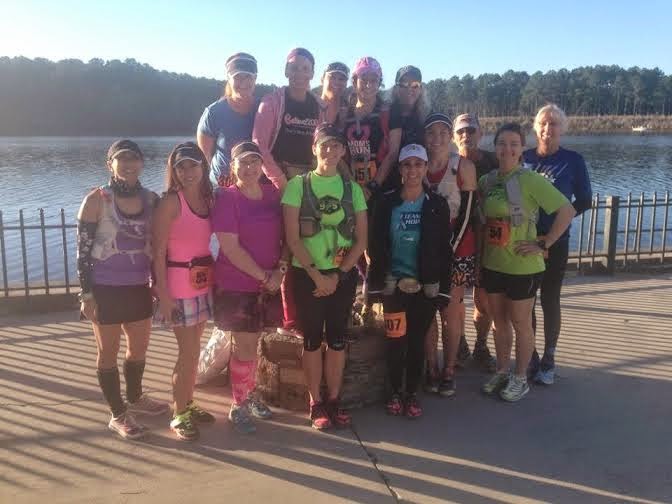 Not only was the race really cool, the trip was *so* fun. It involved a lot of laughing, a lot of really good food and some seriously legit ladies.  It was a small race, but gorgeous and peaceful.  I not only placed (for the first time), I became a Marathon Maniac (#8766) with a BRF Luisa (#8759)!  I will move mountains to make sure I do that race again in 2015. 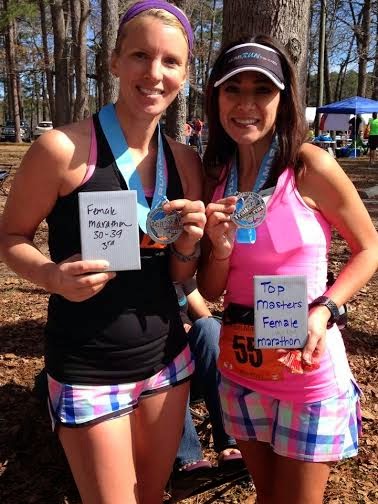 Chicago Marathon 2012
This wasn’t because of an epic run, or a cool t-shirt or medal, it was because of something really sweet I saw on the course.  Around mile 7/8, maybe earlier?  All I remember is that I was still in a great mood.  The race went by a second story assisted living/nursing home facility.  The residents were eating breakfast by the windows and they were all waving at the runners, smiling ear to ear.  It was so touching that it made me tear up a bit.  For the majority of my nursing career, I have worked with that population so it made it definitely put a little spring in my step. 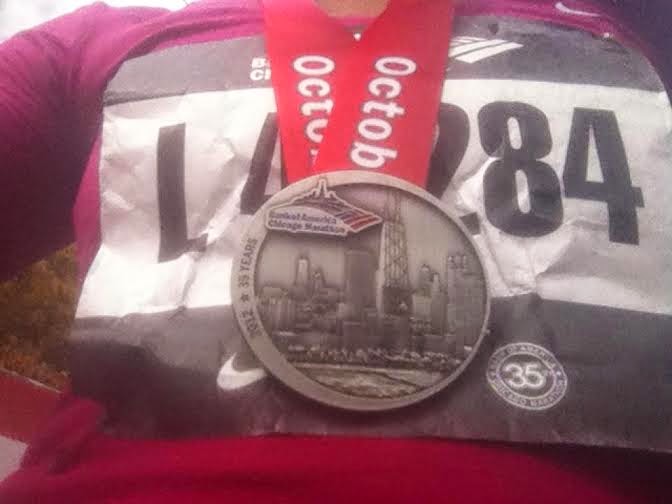 sorry, no picture of adorable seniors waving out the windows, just this
New York City Marathon 2011
I had to break away from the “firsts” and go with a second (it was my second NYCM – the first didn’t really go so well).  Because I had actually trained well and didn’t have a million other things on my mind, I was able to just take it all in, the craziness of it all.  BUT, the best part was, my parents were able to see my finish (a PR at the time), making marathon fans out of them (I think!).  My now fiancée (then kind of new boyfriend) and dear friends Jodi and Shirley were also at the finish.  It was something unforgettable.  To me, it’s all about the people at the finish.  They see you through all of the ups and downs of training, the 5am get ups to beat the heat and the frequent absenteeism because “I have to get my miles in”.  The people at the finish are likely just as much a part of running a race as I am. This year, it will be my son who gets to see me finish a HUGE race. I can’t wait. 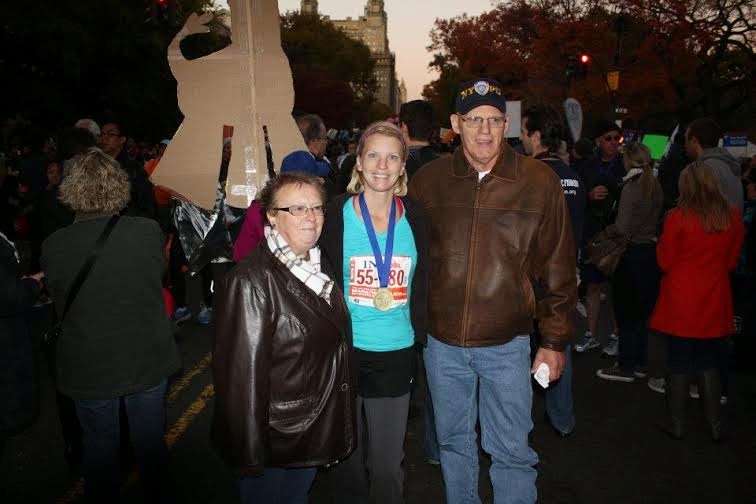 So that’s my list!
What is your favorite race memory?
Posted by JoJoCouture at 12:22 PM