Just in case you missed Part 1.

For the most part, our second and third days in NYC were equal parts sightseeing and relaxing.  I made the mistake of spending WAY too much time on my feet here pre-marathon in the past and didn't want go down that road again.

Friday was Halloween!  I was pretty excited to see how this was going to go down.  I had scoped out some safe neighborhoods for Louis to trick or treat in.  There was also a giant parade in the city, but it looked a little risque (and crowded) for an 8 year old...

Anyway, we started the day with lunch at Sylvia's, a Harlem jewel.  Many presidents and well known dignitaries have dined here.  Louis was again pretty awestruck that President Obama had dined here not terribly long ago (right after our last visit there in fact).  Lots of neat pictures and some amazing soul food! 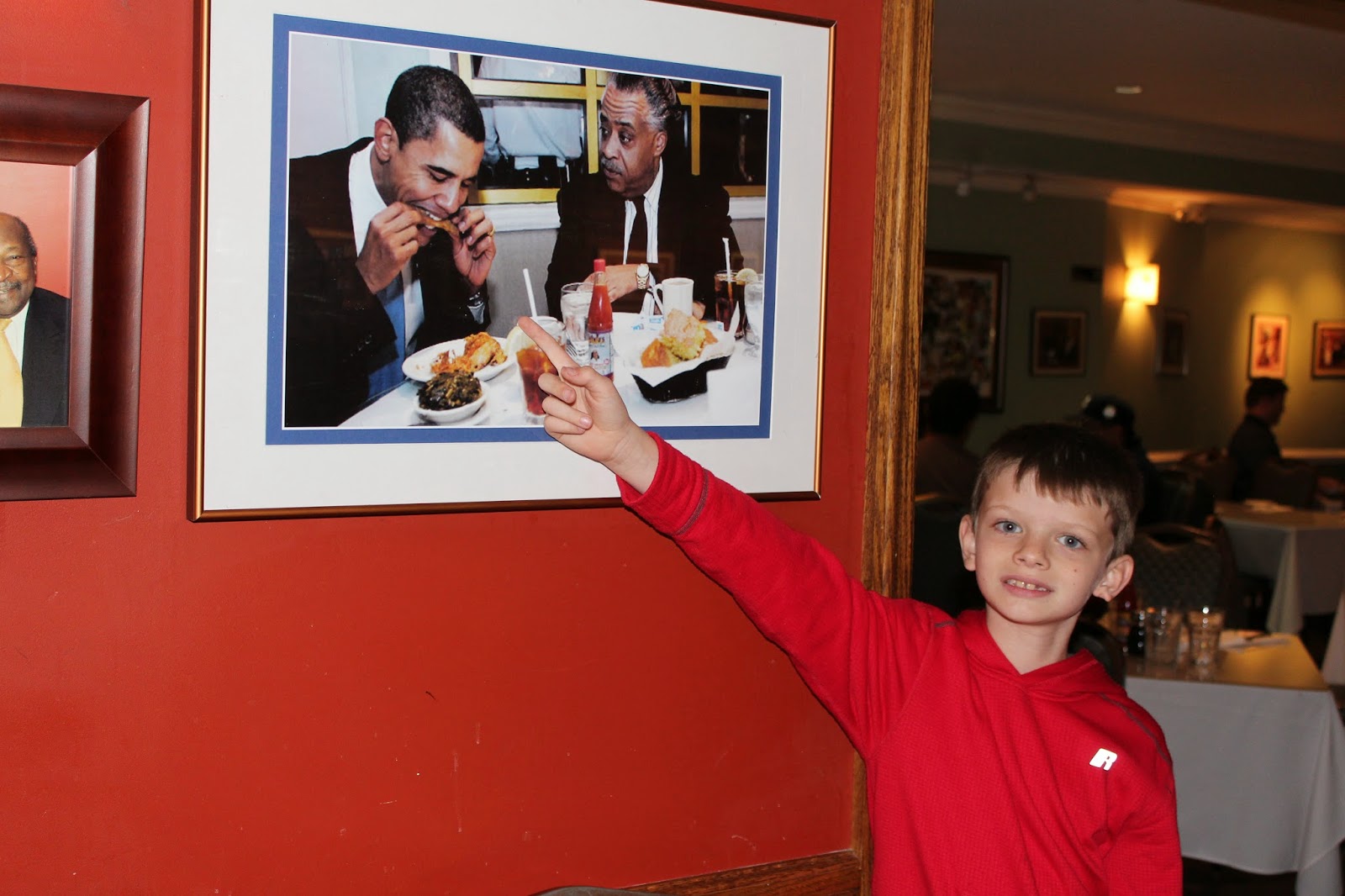 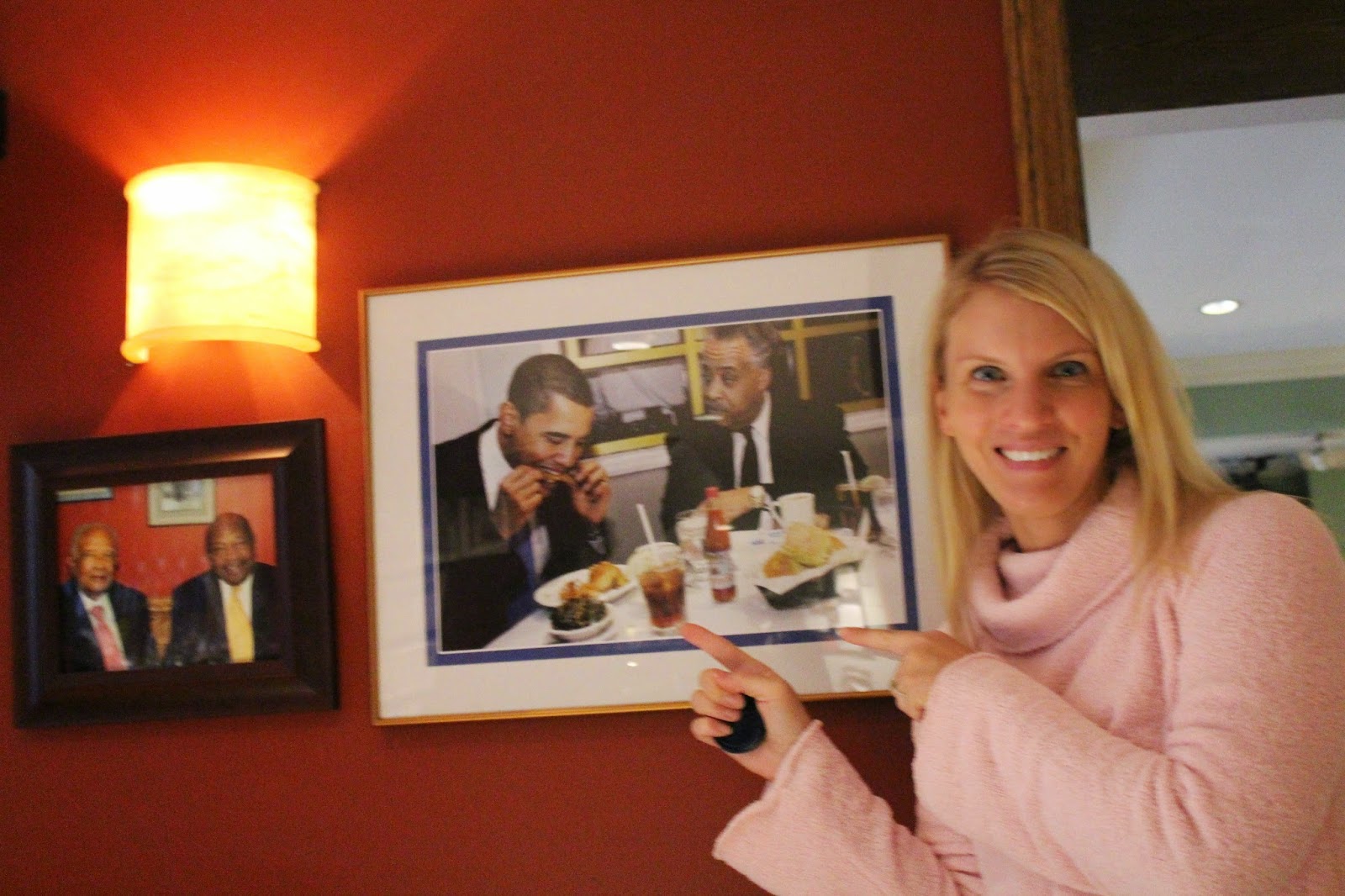 We started trick or treating in this neighborhood as we knew it pretty well, having stayed there in 2011.  Then we loaded up Commander Fox on the subway and headed into the city. 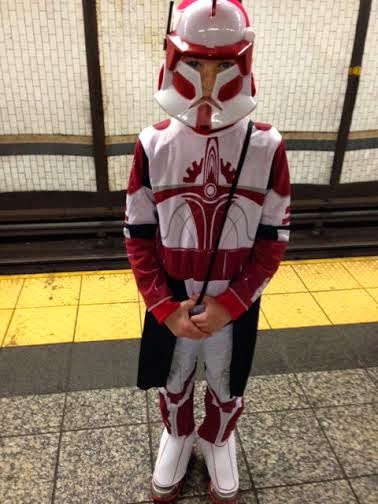 The neighborhood we chose to trick or treat in was simply amazing.  The decorations were a sight to be seen in themselves.  We showed up a bit early and took advantage of some required photo ops. 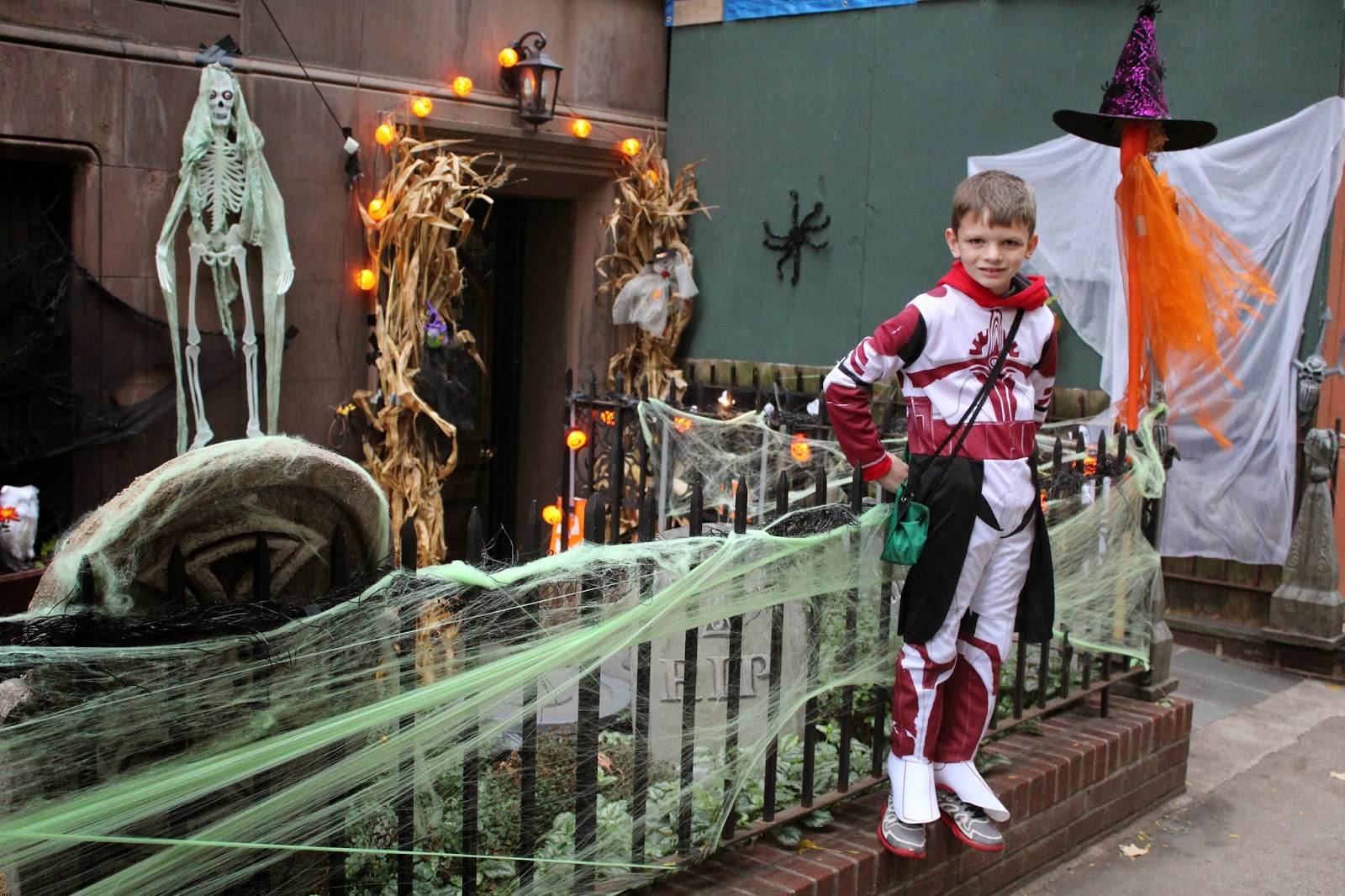 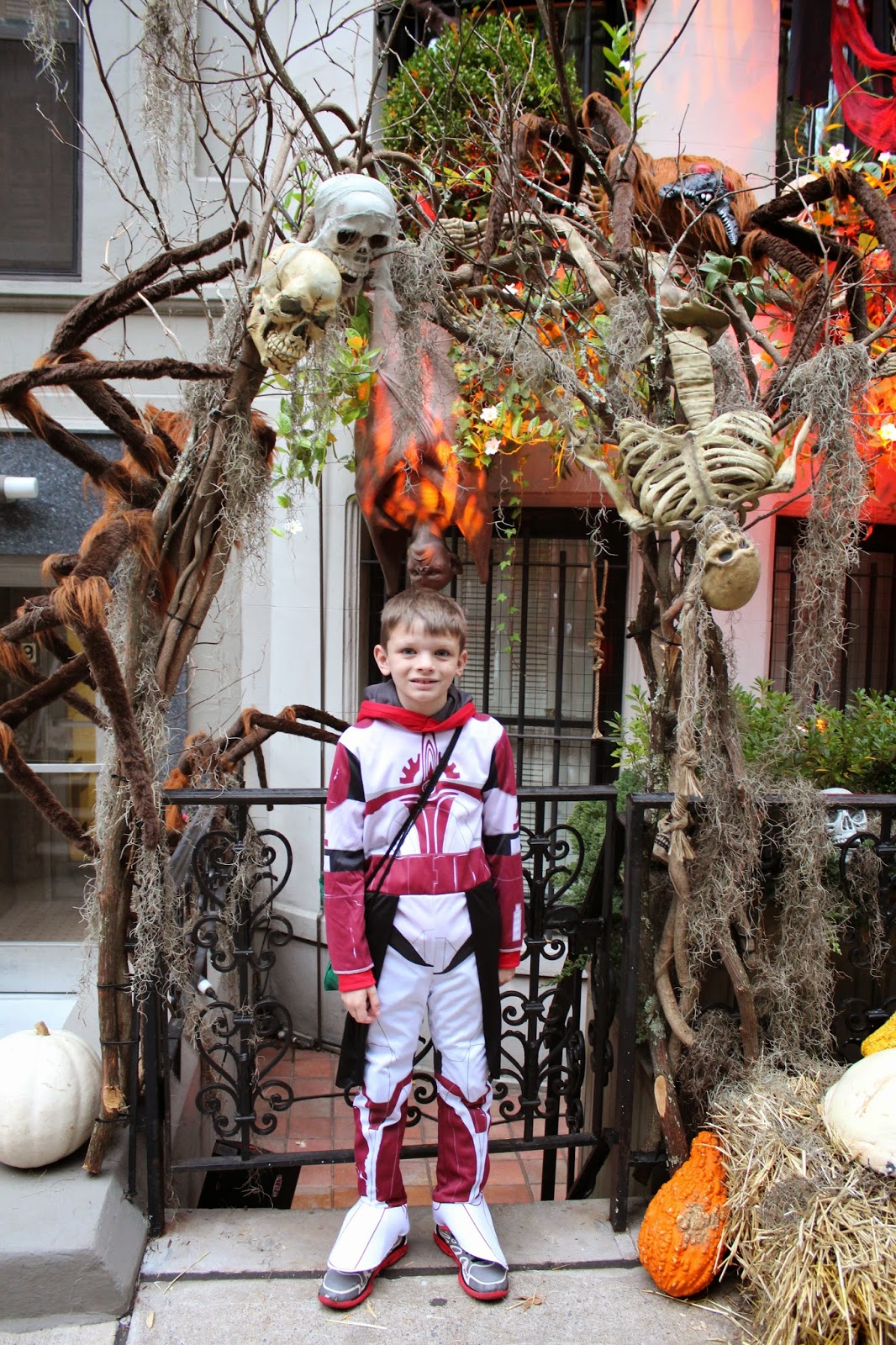 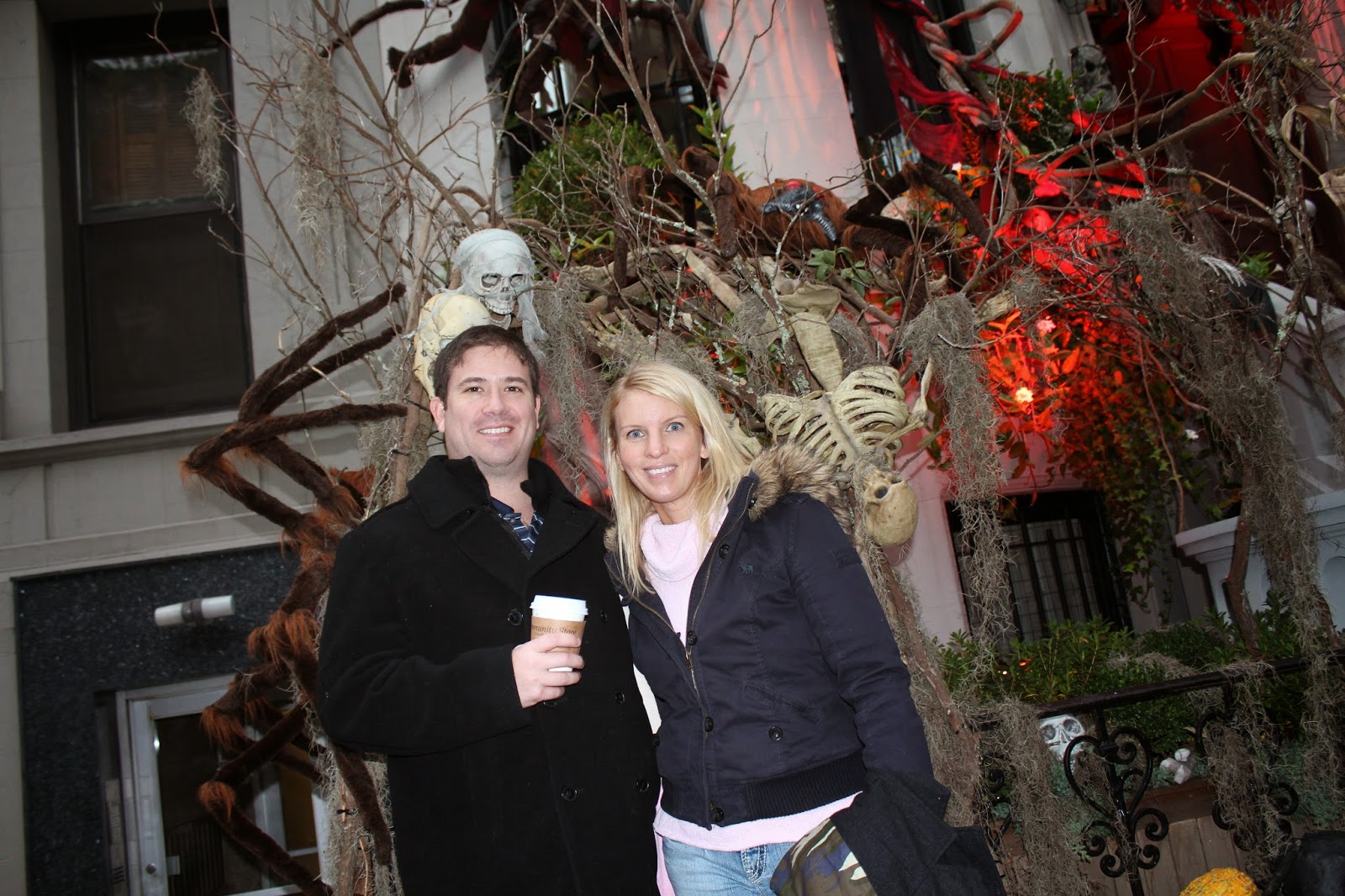 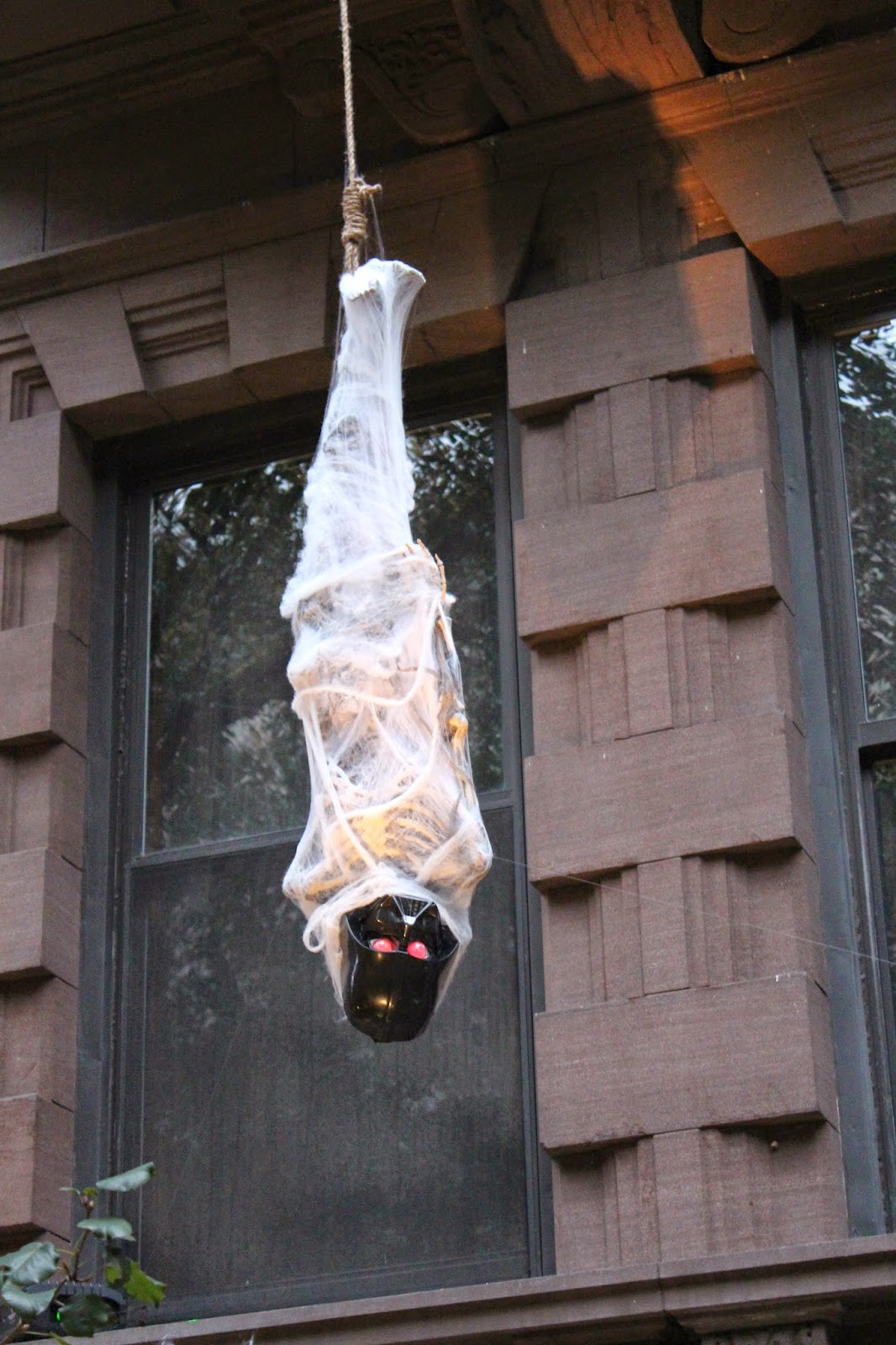 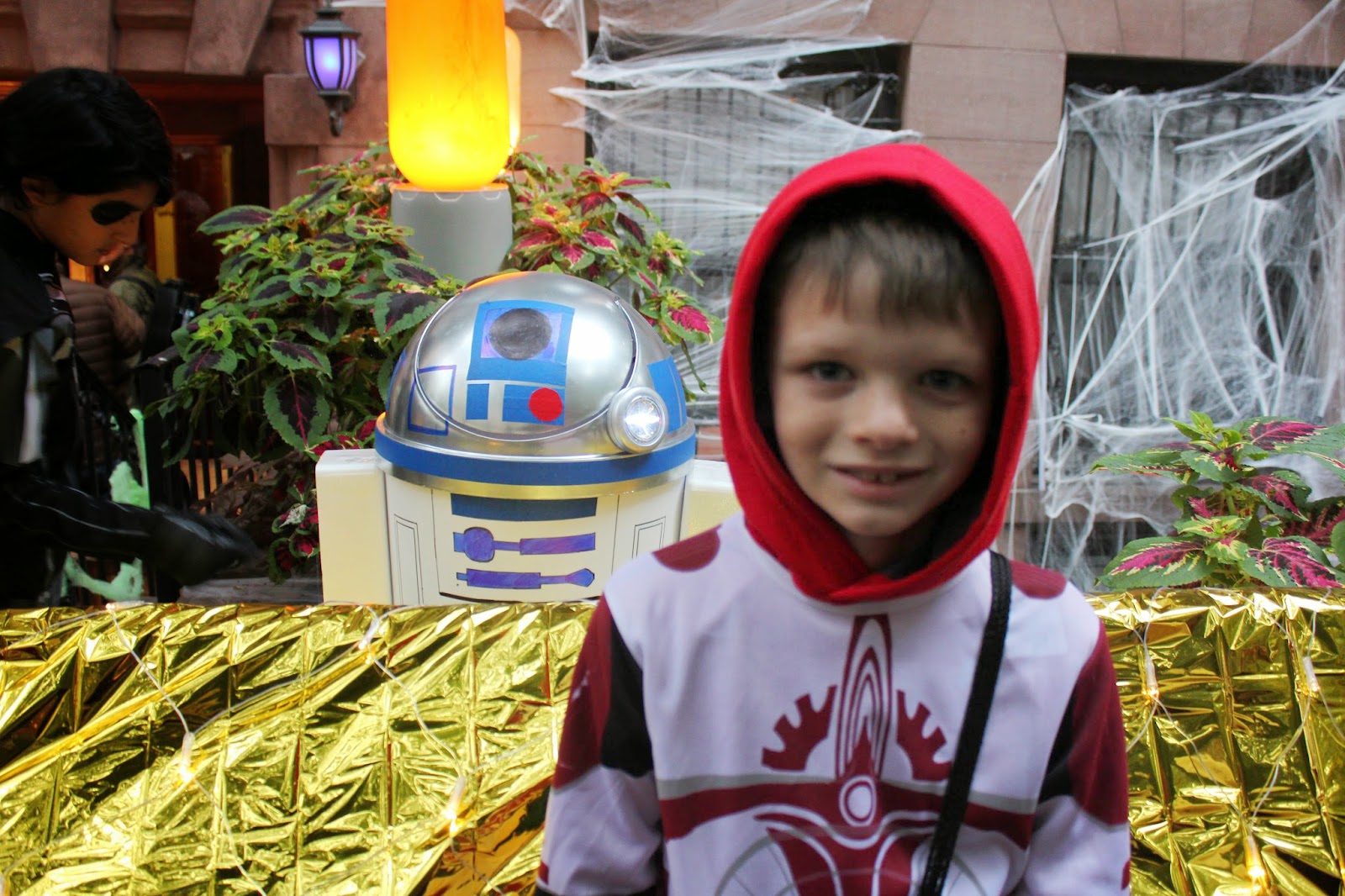 The candy started at 6pm sharp & we had a little time to kill so we walked over to Central Park and let Louis climb rocks and run a muck! 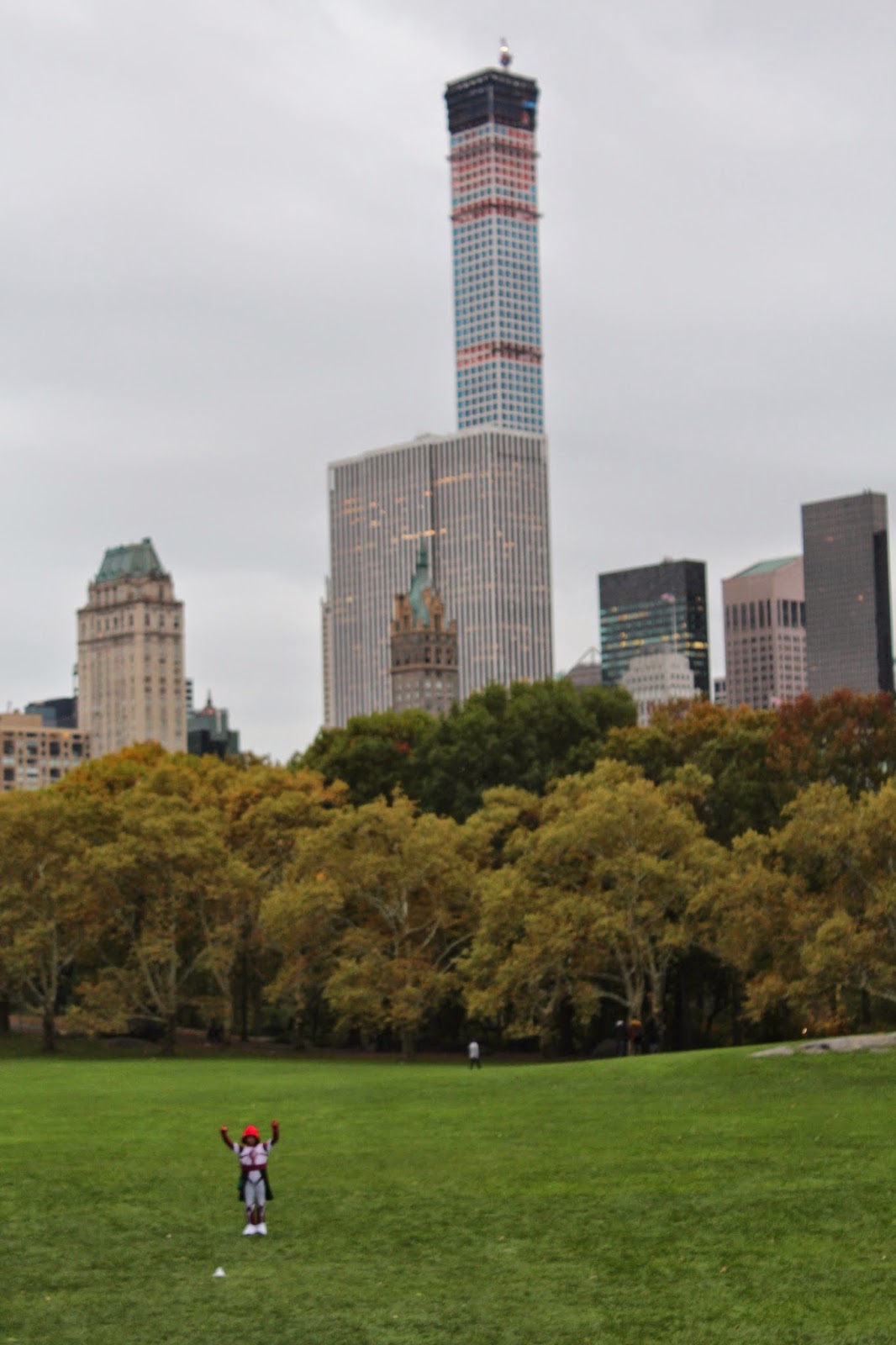 A little perspective on things. 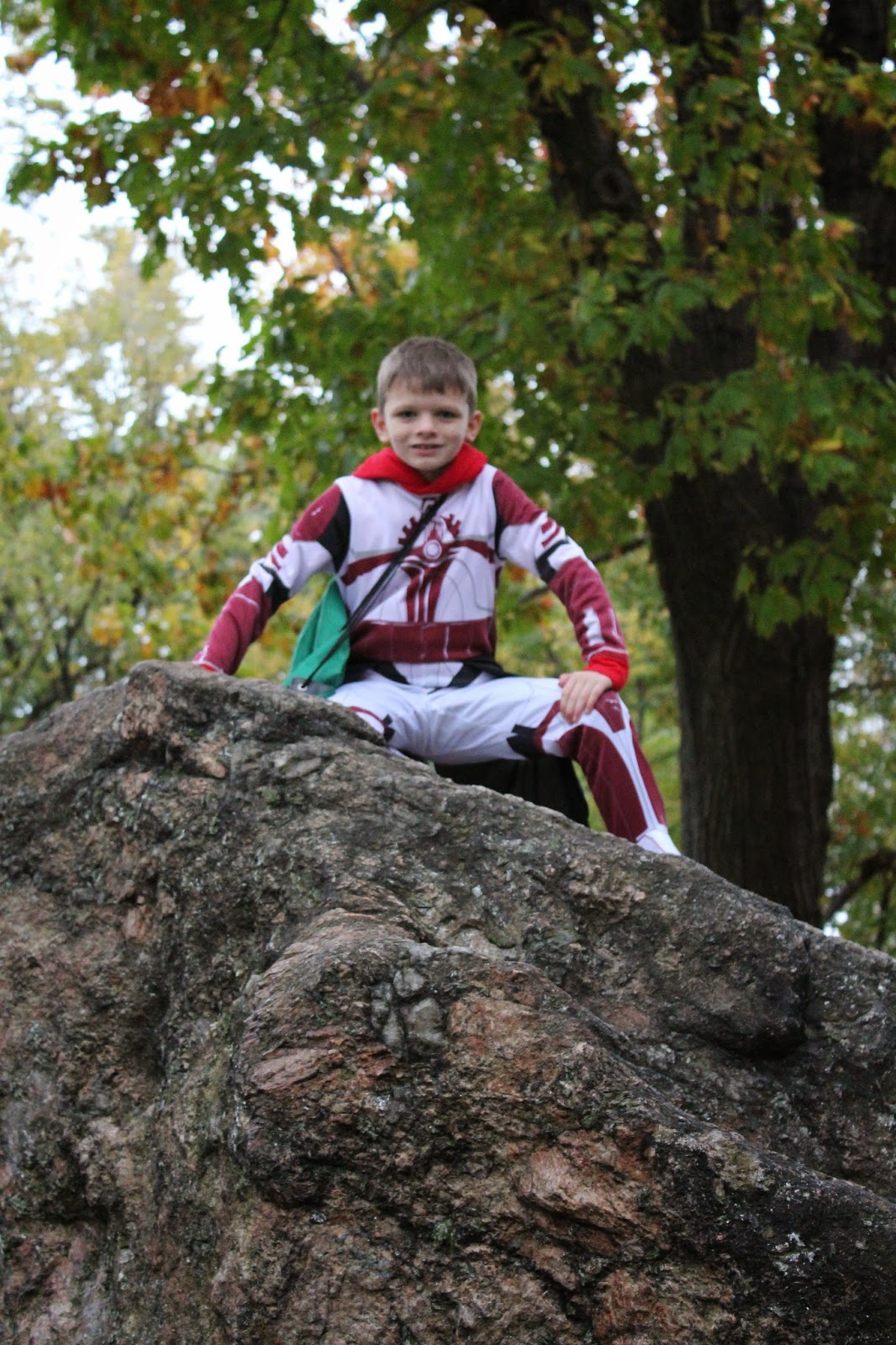 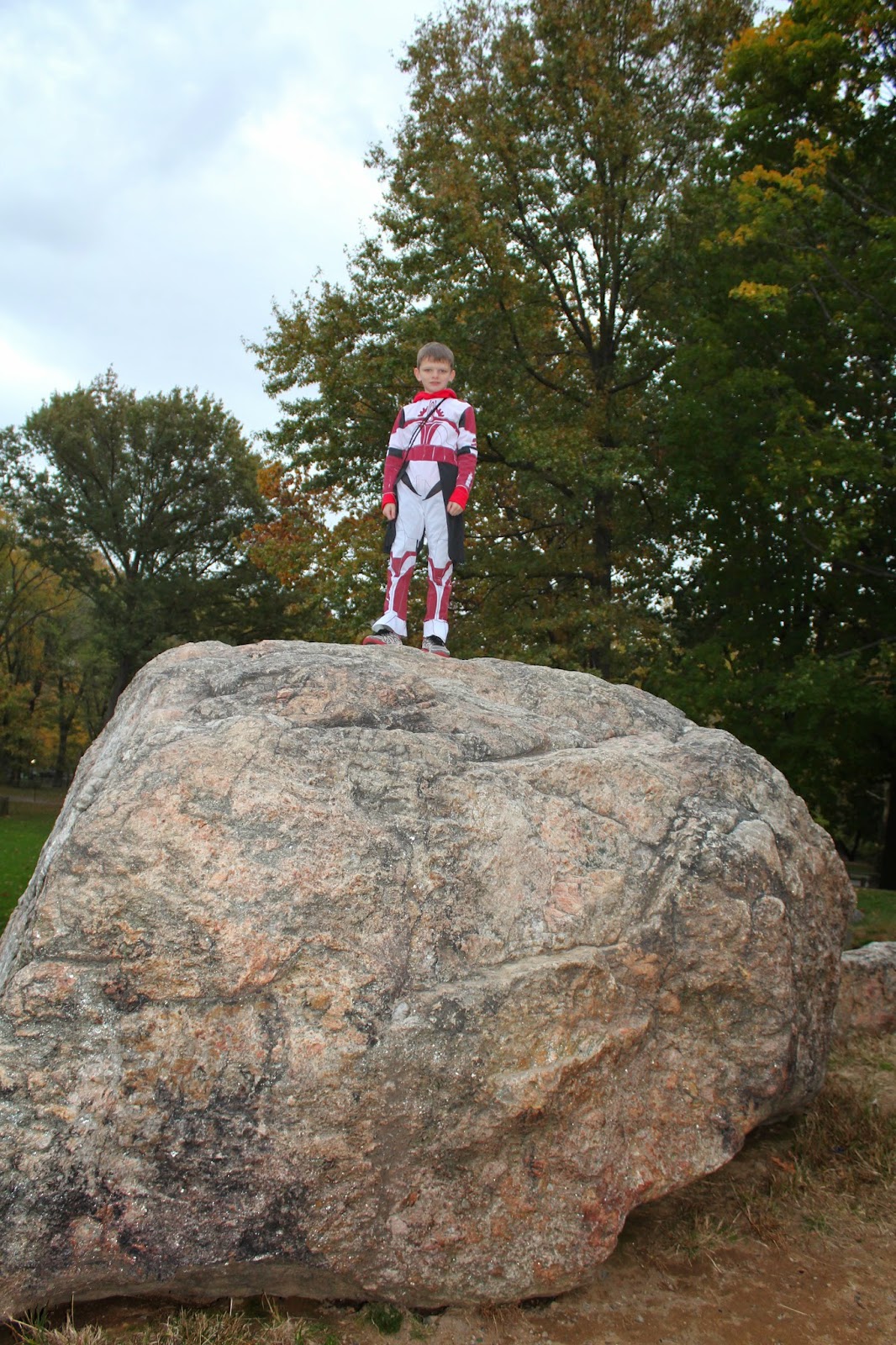 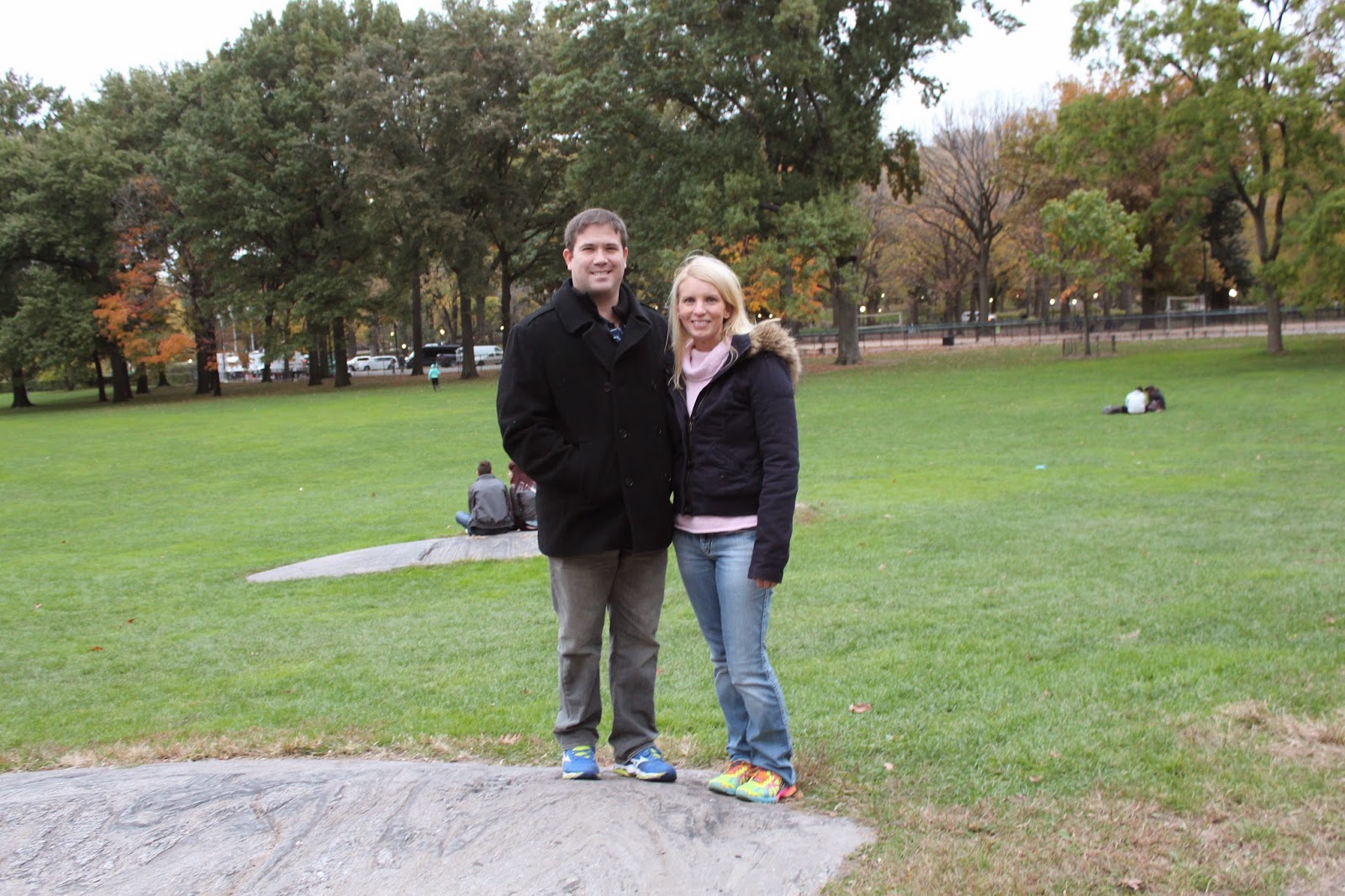 We stumbled on one of the marathon festivities while we were there - the Parade of Nations, a part of the opening ceremony.  Similar to the Olympics, each of the nations represented in the marathon had a flag bearer and all of that countries athletes followed suit.  There was a lot of energy in that parade.  We didn't stay to watch the entire thing, but it was pretty cool to see. 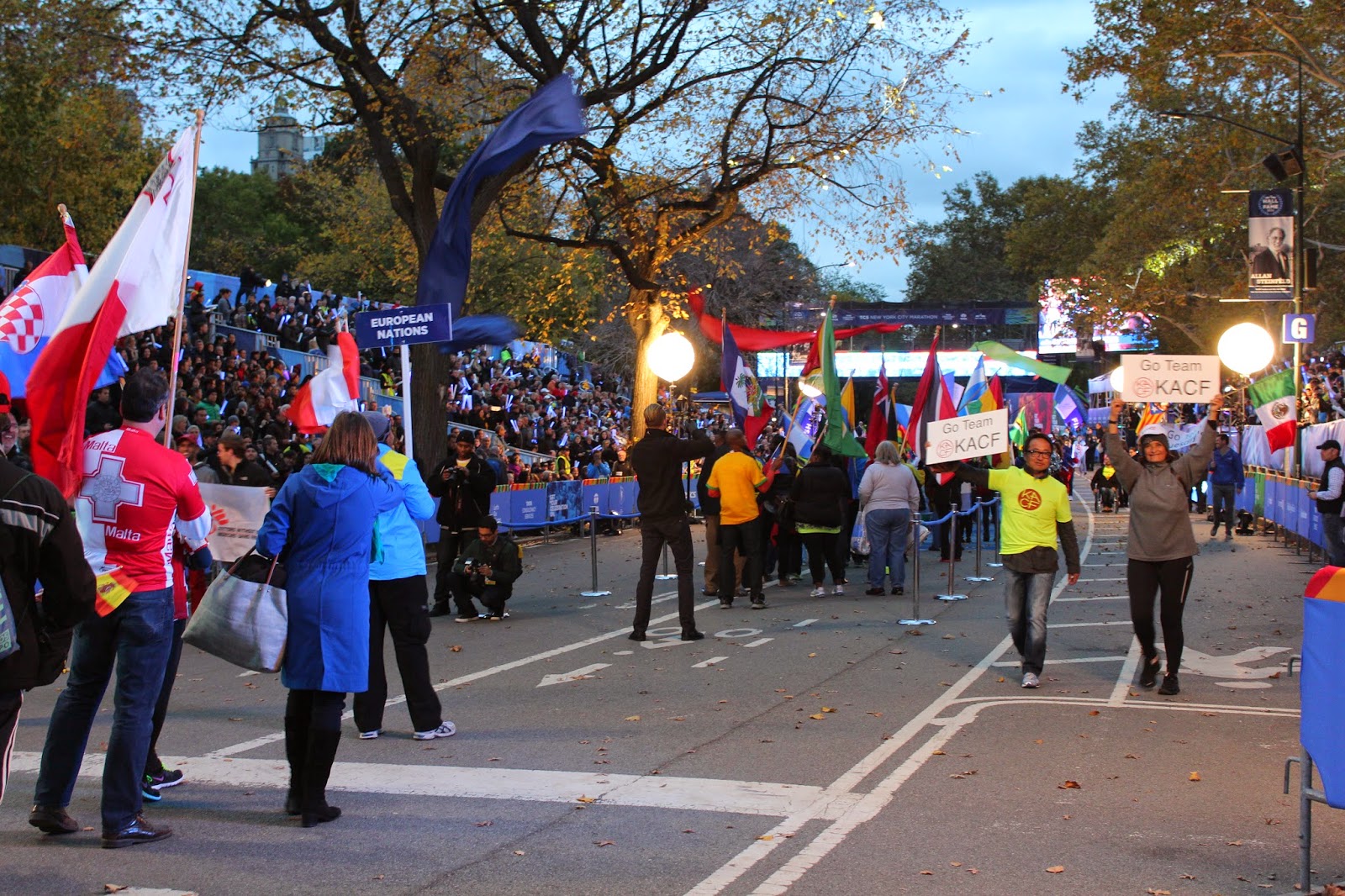 Onto the gathering of candy!

In typical Louis fashion, after about 8 stops, Louis was ready to call it.  The last time we took this boy trick or treating, half way around the neighborhood he looked at us and said he had enough candy.  I'm always confused by this.

After the Halloween festivities commenced, we trekked down to Rockefeller Center for ice skating!  This is always one of my favorite parts of the trip.  I've ice skated there during every trip I've made to NYC, so it's pretty much a tradition now.  Maybe not the smartest idea to ice skate less than 48 hours before a marathon, but I never fall (on ice)! 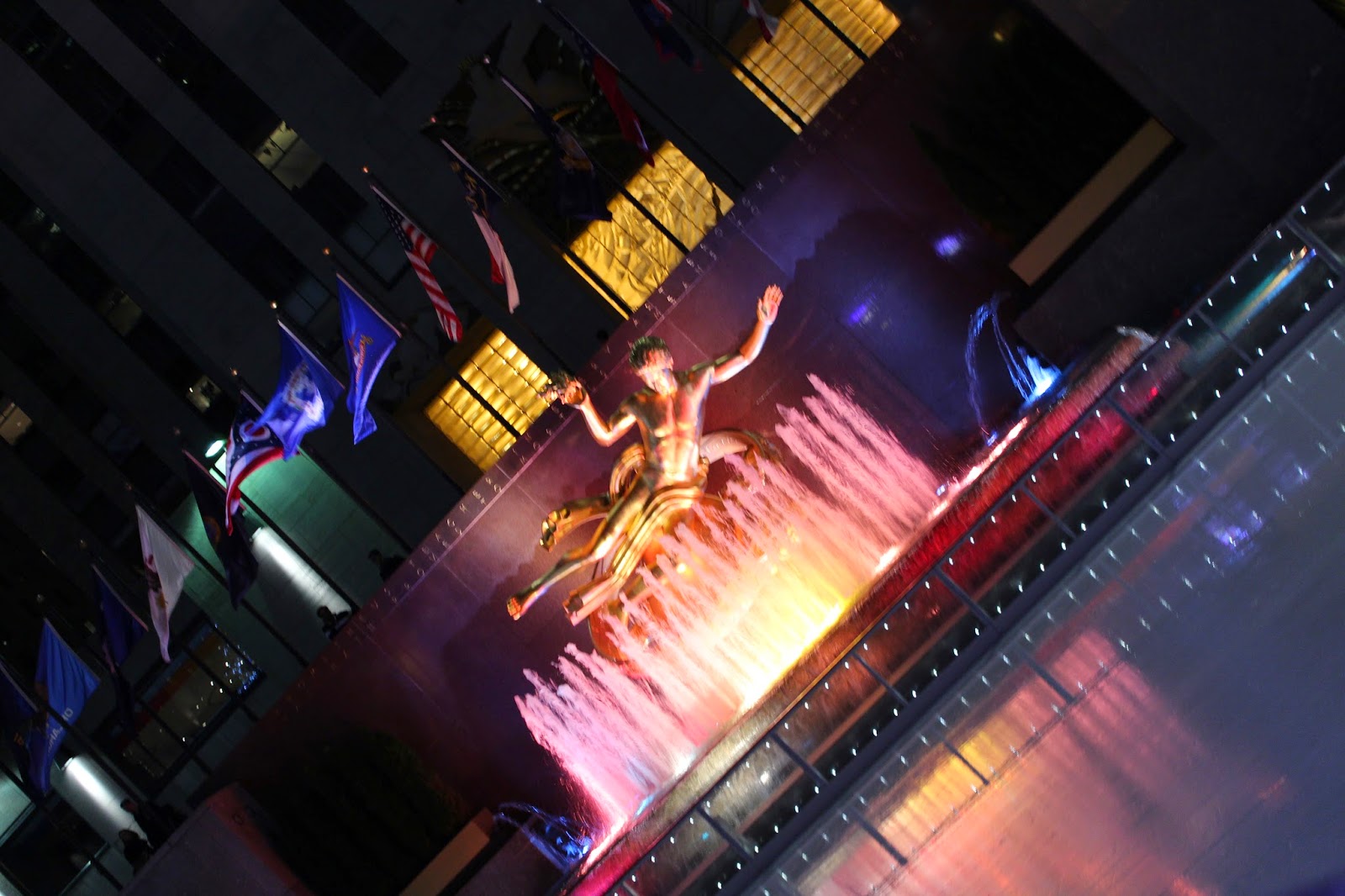 photo credit: Louis Else (artsy for an 8 year old, huh?) 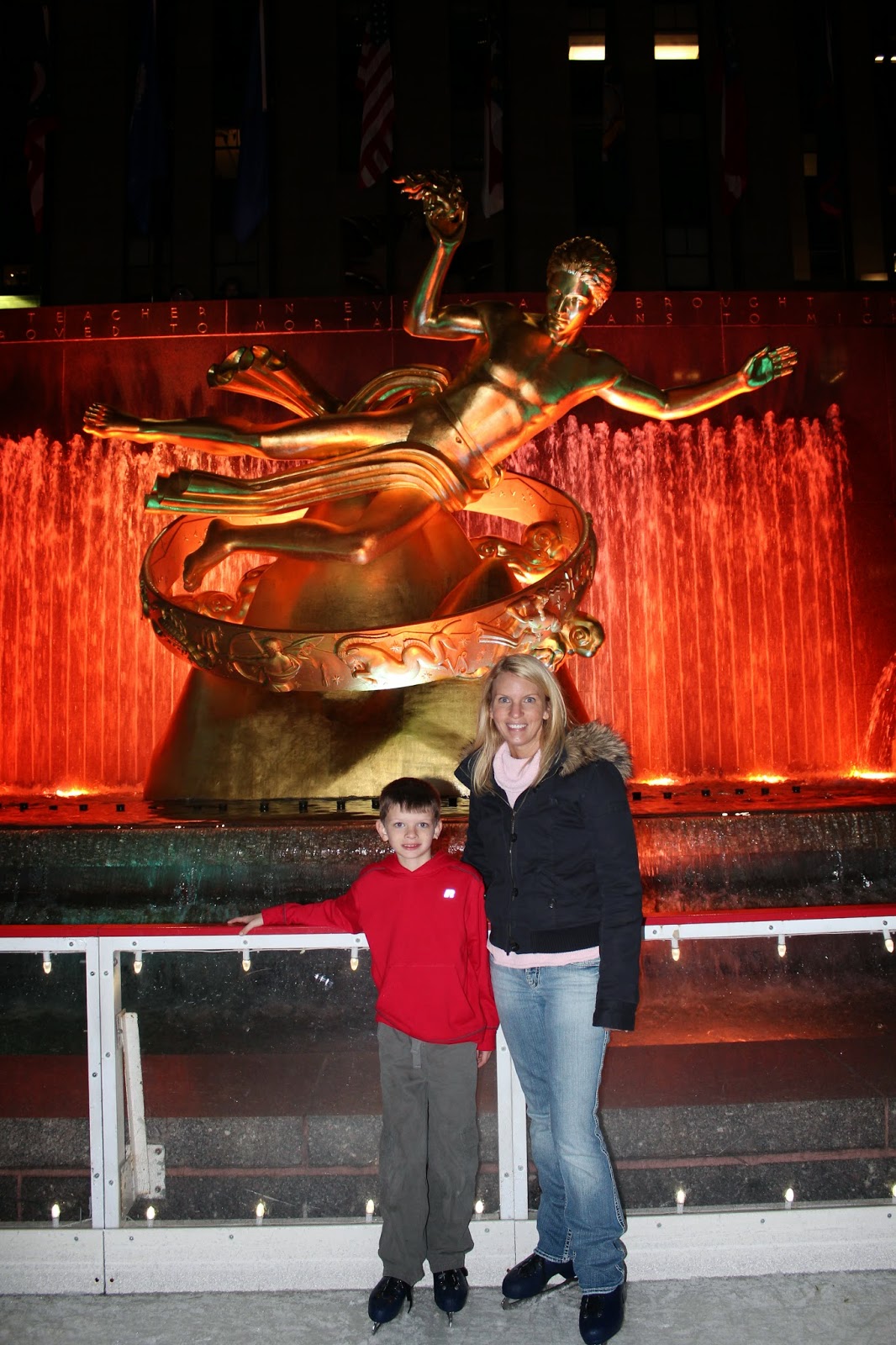 Louis took a little while to get warmed up, but he caught on quick! He loved this as much as I did. My heart was happy.

Then it was to the top of the rock! 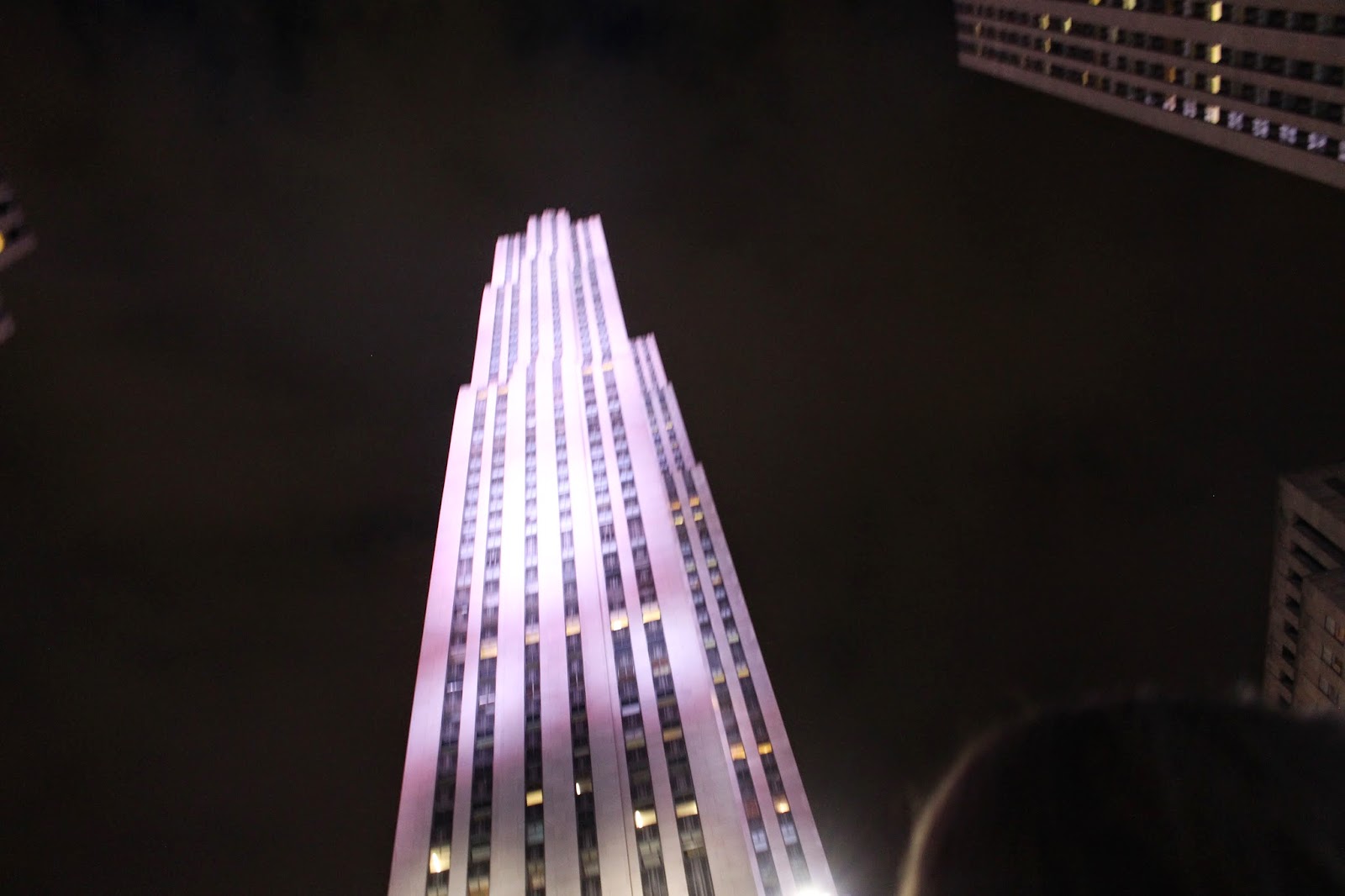 60 some floors up we took in all the views of the city at night.  Always breathtaking.  This view never gets old. 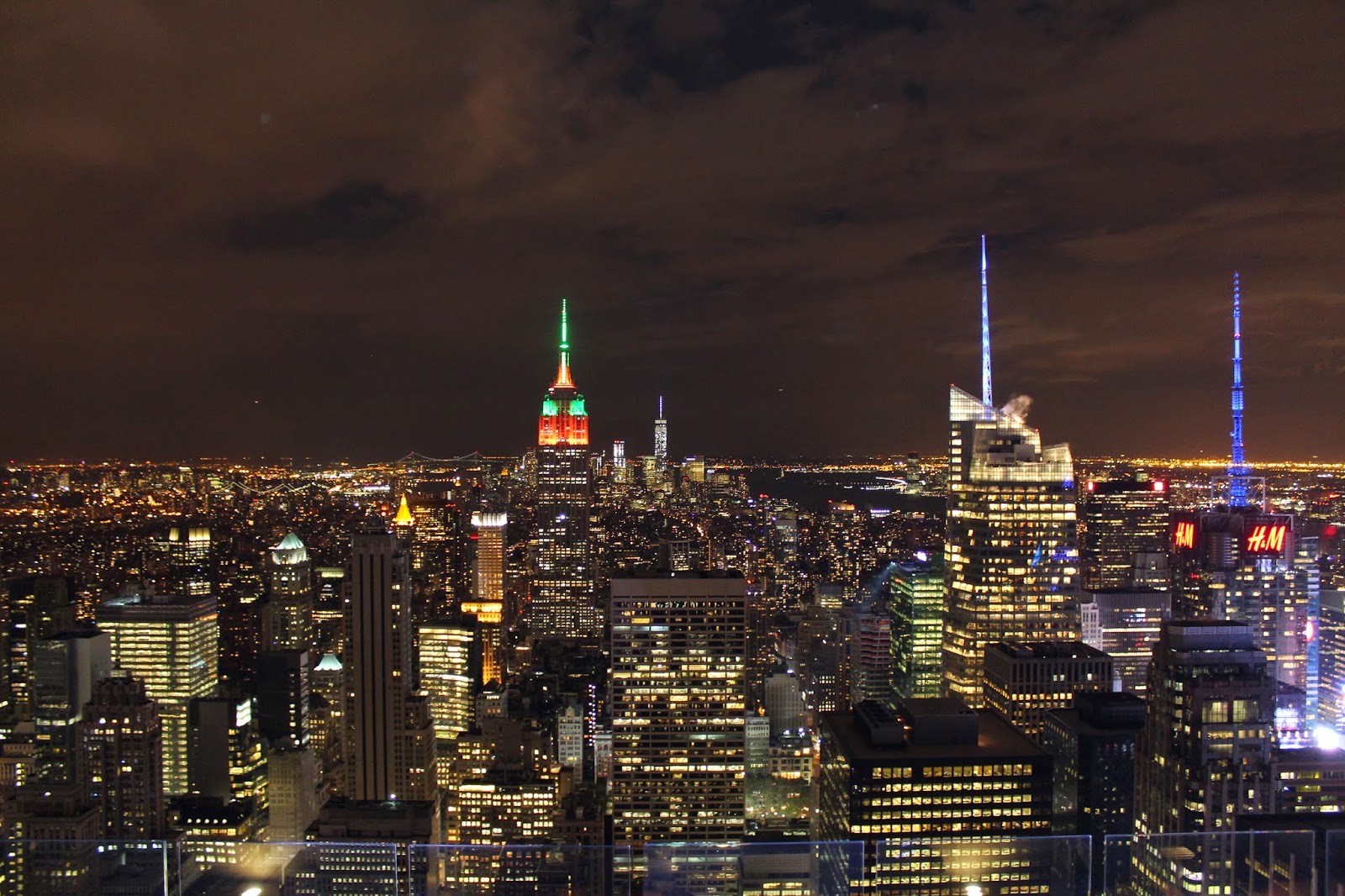 And a little history that Louis could appreciate... 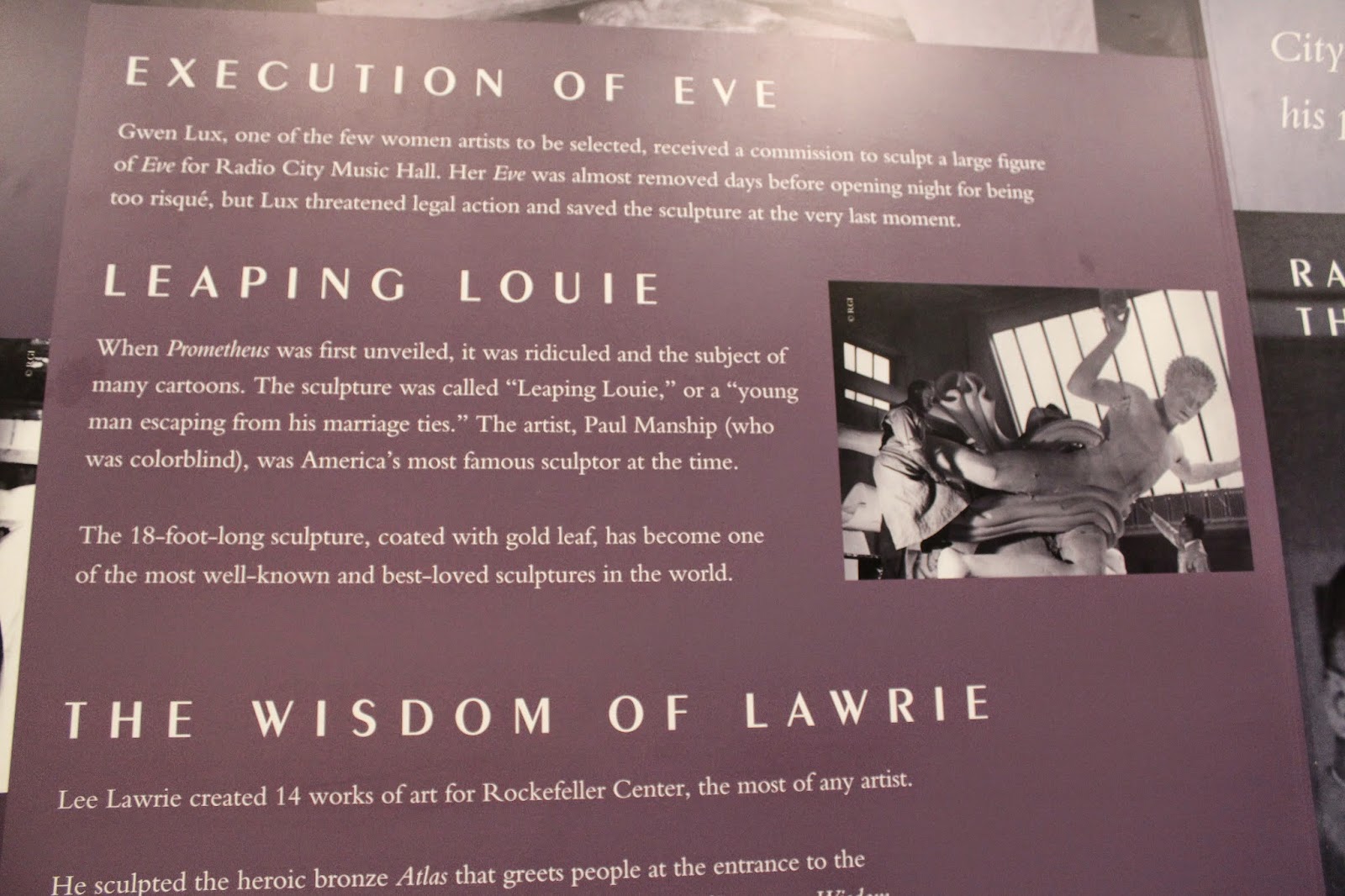 Ryan found some awesome food from a nearby food truck and we were headed home.

I'll sum this one up real quick!

It was a rainy and cold day.  The perfect day for a museum!

I had wanted to take Louis to the Museum of Natural History, unrealistically expecting a "Night at the Museum" type experience. 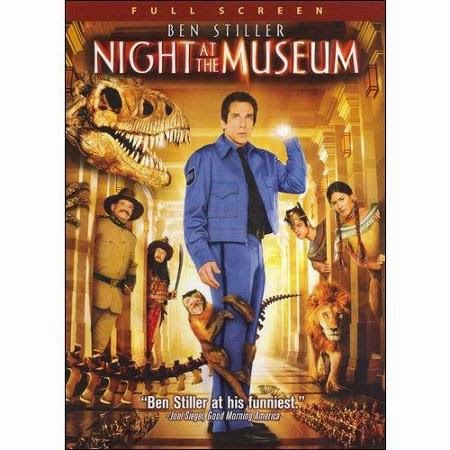 Instead, imagine this.  A museum like Ikea, with  no short cut, packed with people and what Ryan called a "stroller convention".  Of course we saw a lot of interesting things, but not without nightmarish crowds.  We were all pretty exhausted after just a few hours there. 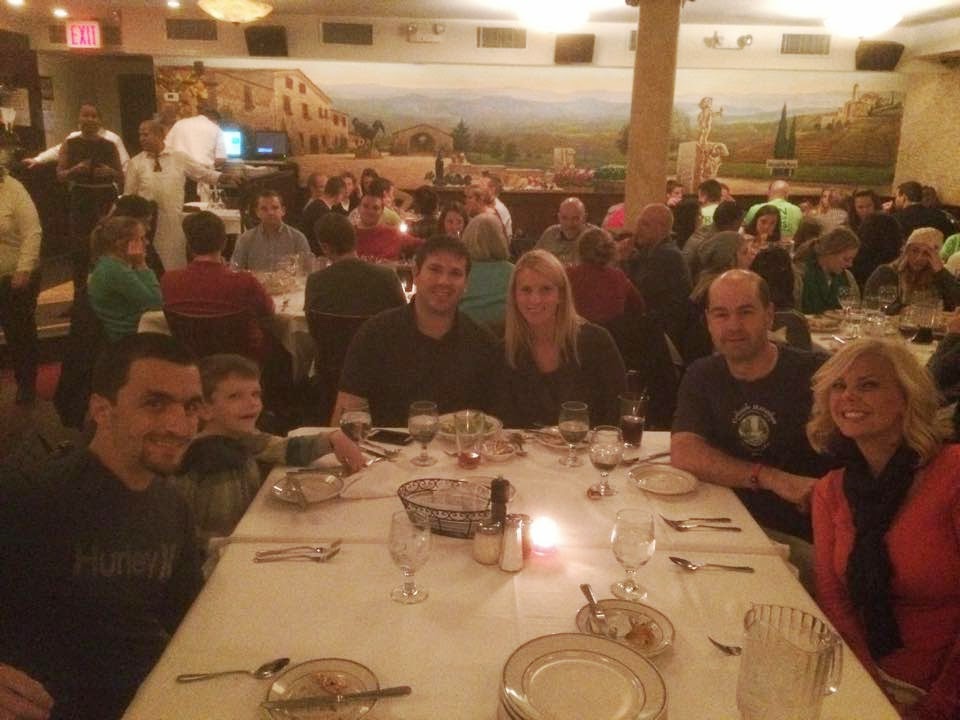 Awesome food and great conversation with old and new friends from Canada, California and New York!

Since Tony's was in Time Square, we killed two birds with one stone AND we *got* to go into a giant Toys 'r' Us with Louis.  Think 4 stories of plastic, complete with a ferris wheel that you could ride.  Basically Vegas for kids. 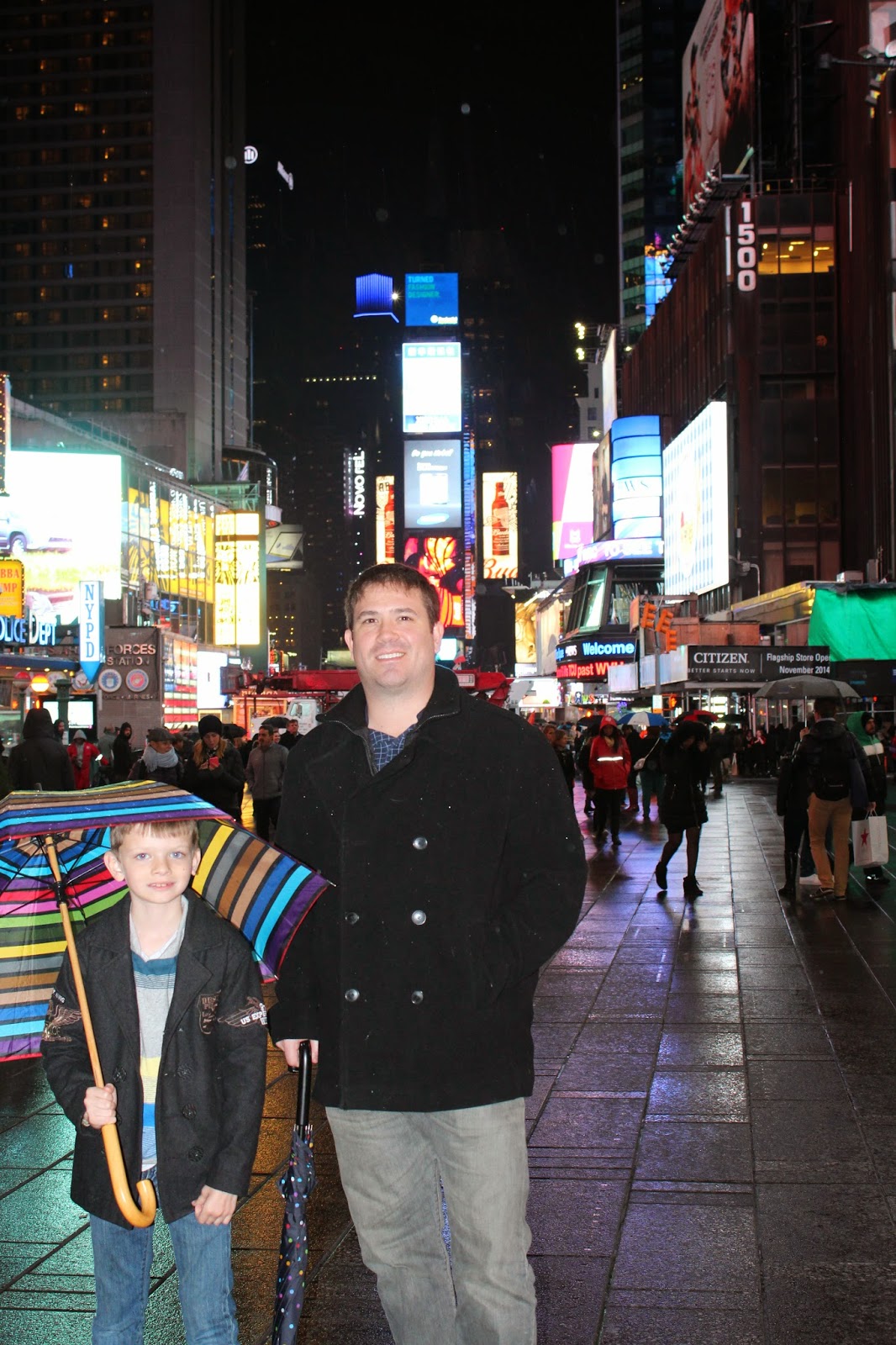 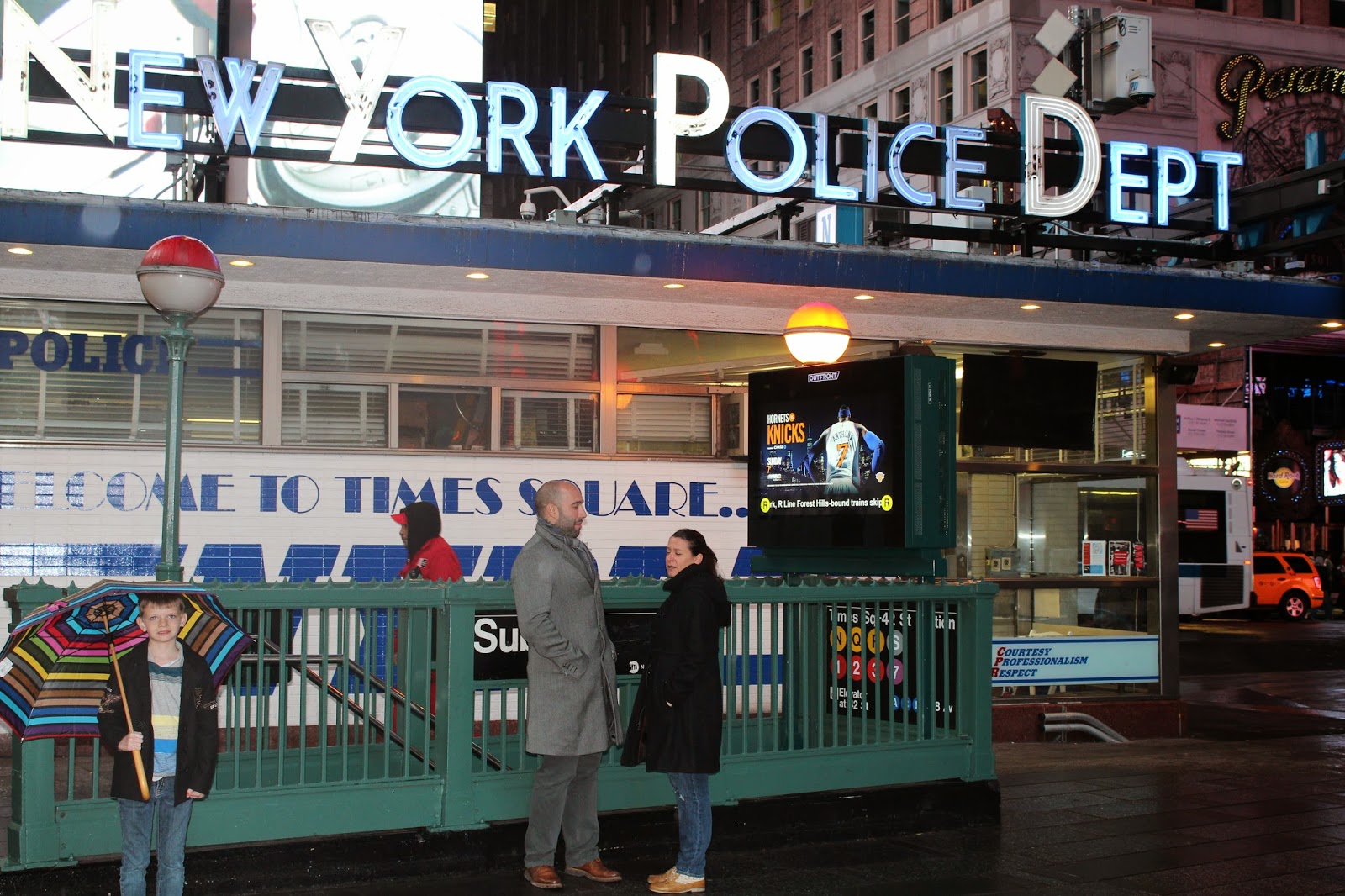 After a most overstimulating day.  We headed back to Harlem so we could get everything in order for the big dig day!!

Look for Part 3 later this week!!  It'll be worth the wait...I promise!

Posted by JoJoCouture at 8:40 PM