So I really wanted to get a recap of 2013 on the blog….but first I want to talk about last weekend’s race.

It seems like I signed up for this race (a lottery entry) ages ago & it had finally arrived!  I typically only run two fall marathons every year, but I’m holding nothing back (4 this season).  This should have been marathon #10, but since the Dallas Marathon was cancelled, it was #9.  It also should have qualified me for Marathon Maniacs, but I am going to have to crank out another full next month because I missed the criteria by 3 days.  3 marathons in 93 days.  Snap.

4 marathons in 4 months may sound a little bit lot crazy, but honestly, I have really fallen in love with the distance.  Halfs used to be my favorite, and I still like them, but the full is where my heart is happy.  It forces me to dig deep to see what I can do; to challenge myself at a higher level. 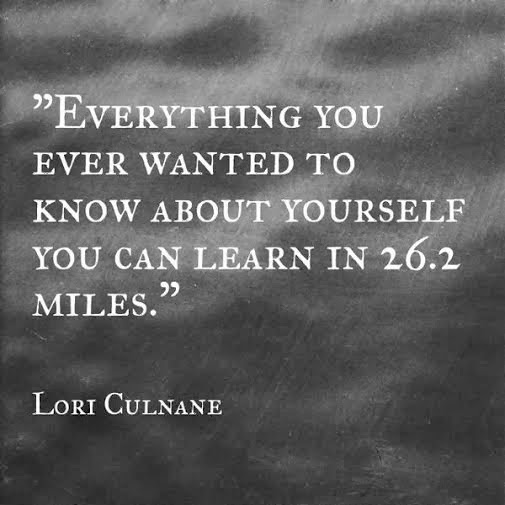 I really want to tell you all about my PR at the awesome race I ran on New Year’s Eve…but that will wait until the next post.

Easy. Peasy.  2 minutes.  Maybe.  I arrived in Houston Saturday around 3:30 and after I checked into my hotel, I walked to the expo, which was held at the George Brown Convention Center.  It was so nice to be staying close to the action.  This has never happened at a marathon I’ve travelled to.

There were no lines for packet pick-up.  Awesomeness.

The rest of the expo was unremarkable.  I wasn’t really looking for anything and had every running gadget I've ever wanted thanks to my sweet boyfriend and his thoughtful Christmas gift (PS Yurbuds earphones?  Best. Earphones. Evah.). 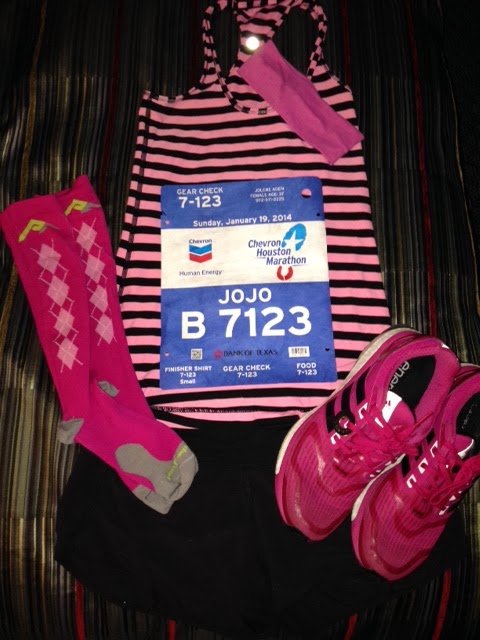 After a restless night of sleep I got up at 6:00am, ate my breakfast (a bagel & a cream cheese kolache I got on the way to Houston) & got dressed.  I was just happy I had a full belly!  Usually I am so nervous, my belly is doing flip flops & I can't eat (puke & rally has often been a mantra of mine).

The local news was reporting 98% humidity, so I took a puff of my inhaler just to be on the safe side.  When I stepped outside it was nice and cool.  The air was not oppressive, nor did it feel that humid out.  I was thankful for this.

I made it to my corral (corral B) around 6:40, warmed up and stretched.  The starting area had 4 corrals.  It was so easy to get to the start and find some space.  Soon enough we were lined up to go!

The Race is On

This race was a dream.  The weather – perfect.  The course – 98% flat.  The spectators – EvErYWhERe!!  Although there were 25,000 people running this race, it was never crowded.  Not even at the start!  I didn’t feel like I was weaving in between and around people like usual.  Apparently, people actually followed the proper corral placement.  This is often very frustrating to me.  It’s not like I’m setting any world records, but if I get off to a bad start, I often have a bad race - negative thinking creeps in. 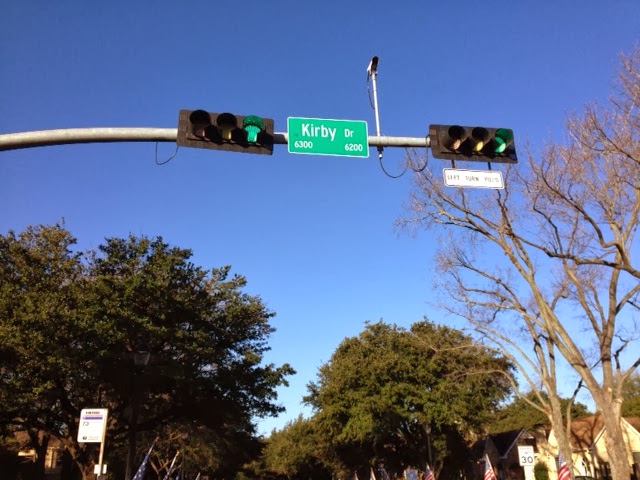 Being in the "Kirby" neighborhood made me smile....thinking about my beloved dog Kirby.  I was hoping to channel some of Kirby's spunk and energy!

The entire race went through some of the most beautiful and interesting parts of Houston.  Lots of tree lined streets, things to look at.  Crowds and support all along the way.  Aid stations came about every mile and a half for the first 12ish miles and then much more frequent after that.  If you missed an aid station, not to worry.  The crowds had you covered.  People were handing out water, oranges, bananas, beer, jello shots, pretzels, gummy bears, candy bars, etc, etc, etc.  I think if I had taken everything that was offered I would have been stuffed by the time I hit the finish line!  It was *SO* awesome!

I was able to stay under a 10 minute/mile pace for most of the first half.  I started off in the low 9’s.  I had found a man I had met in the elevator at my hotel, who told me he had been a pacer for many runners, and stuck right behind him.  I lost him around mile 3 though.  He probably wondered why I was chasing him!

After the half came a couple of hills.  That is where I started to take my walk breaks.  It really didn’t hurt me too badly, until the last few miles.  The great thing is after taking a “break” my pace always came back to the 9’s.  I did not follow any kind of interval routine per se, I just walked when I felt fatigued, mainly at the aid stations.  I turned it up for the last full mile hitting a 9:04 pace, which is funny because the mile previous was my worst pace, 11:09.  Only one other time did I dip below 11.  While this sounds slow to many, I look back to my first marathon, where I had several 14-15 minute miles.  A disaster really.

The finish was within sight before I knew it.  I don’t know how 4 ½ hours passes so quickly.  It really is a blur.  But soon enough, #9 was in the books.  Not a PR (I’ll tell you about that one soon), but almost a ONE HOUR improvement from 3 years ago.

From the finish, everyone was shuffled into the convention center where we got our shirt and a totally awesome mug!  What I really liked was that there was massages available, with a very short line.  I was feeling pretty dang good by Monday, despite running 26.7 miles and sitting in my car for the 4.5 hours back to Dallas, I think having the massage after running was the magic ticket. 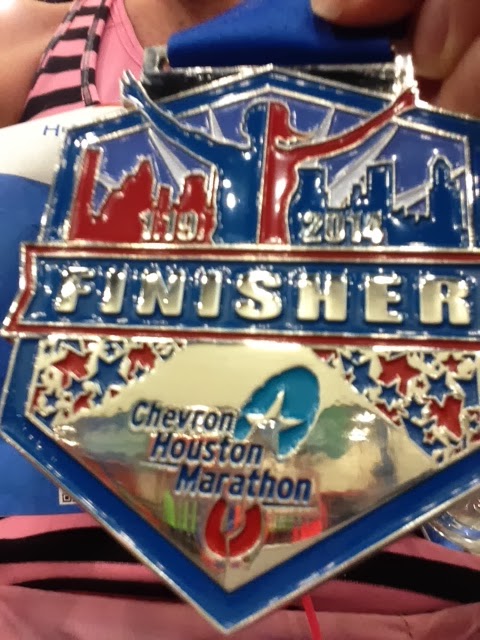 There was food available somewhere, but since I hadn’t checked a bag and was sweaty, gross and not very hungry, I walked back to my hotel for a shower and to pack up.

I cannot tell you enough good things about this race!  I went into it with kind of a negative attitude because I was really stressed out at the time (school, work, life).  But, I am so glad I didn’t bow out and not go.  It was totally worth the wait, the drive and the effort.

Basically, I can’t wait to go back next year and break my PR!
Posted by JoJoCouture at 8:47 PM 2 comments: