I am still coming down from my runner’s high from this race.
So let’s start with some facts:

Trail runs are no joke.

I ate the best cupcake of my life post-race.

My Mom’s Run This Town frunners are the BEST.  Strong. Driven. Hilarious.  Uplifting, supportive and many, many more things.

I headed down to Huntsville with two of my frunners (friend runners) in tow.  Luisa, DK and I cracked up the entire way there. 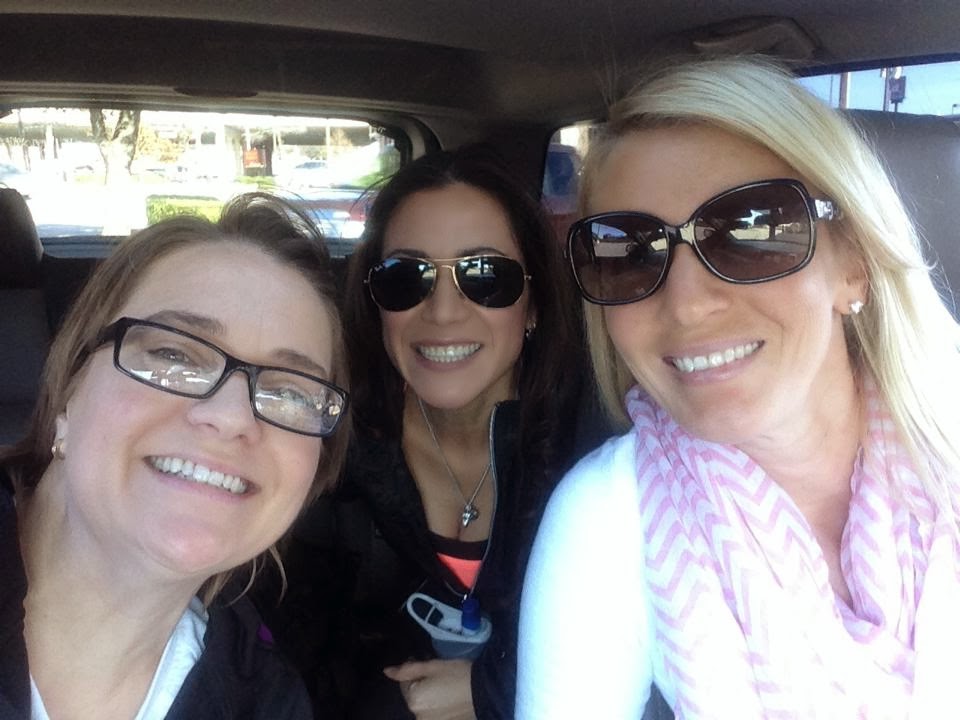 We made a pit stop at the famous Collin Street Bakery.  It was legit.  It was Luisa’s and my first time there and they let you taste as many cookies as you want!  As a cookie connoisseur, this was a *dream*!  We all ended up getting some of the deliciousness, pralines, cherry ice box cookies, chocolate white chocolate cookies, muffins, bread boxes they had it all – and we bought it all! 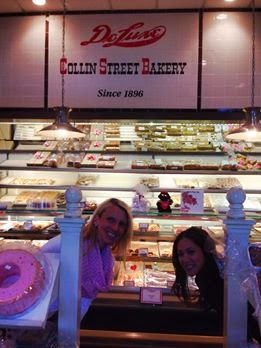 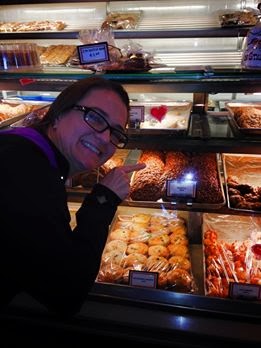 When we arrived it Huntsville it was off to the Farmhouse Café for dinner.  The Farmhouse Café has great food, but I was told they were known for their pies.  They did not disappoint!  I chose the chocolate mousse pie, but had a bite of my friend Catherine’s peanut butter pie.  It was to die for delicious!  I had pie envy! 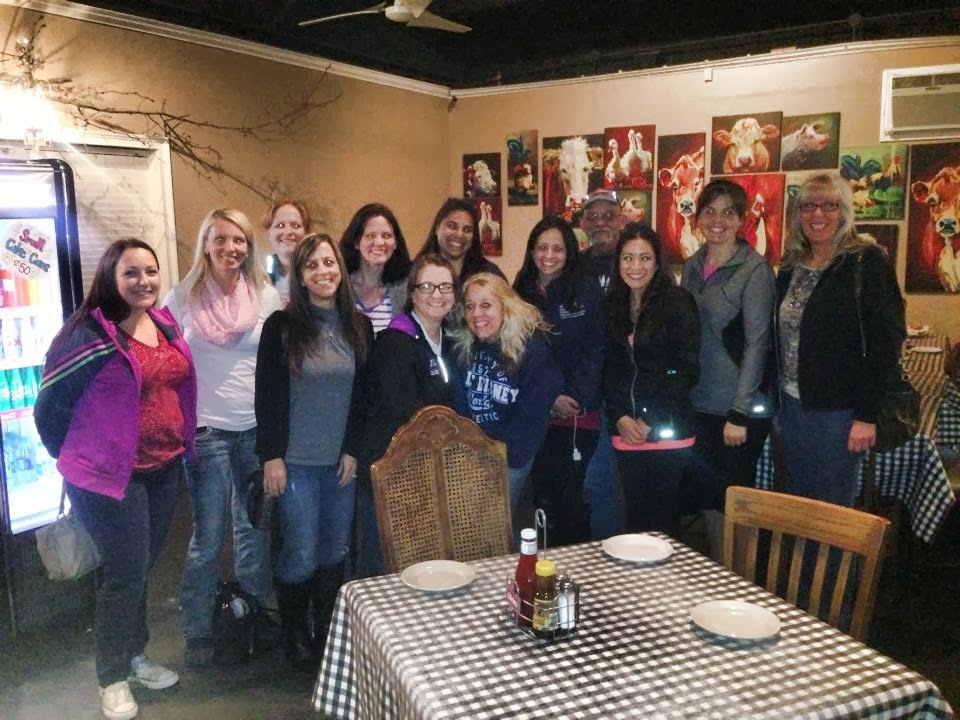 Back to the hotel for some chit chat and cheek hurting laughs, then it was off to be for our 5:30am wake up call. 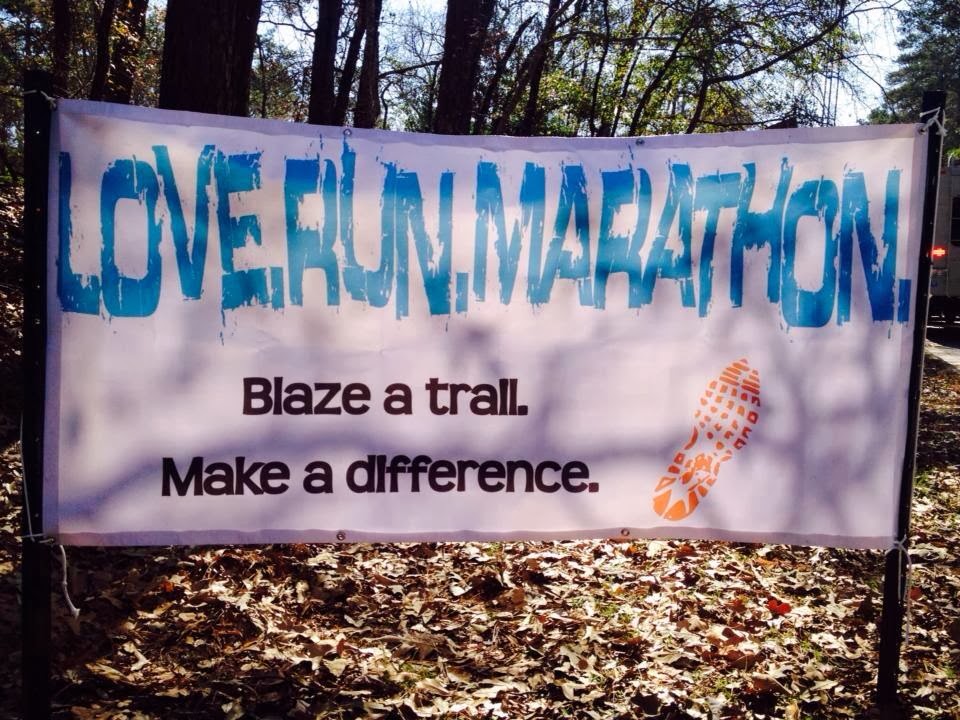 We picked up our packets that morning in about 30 seconds flat and had plenty of time to enjoy the awesome breakfast the race organizers provided: bagels, cinnamon rolls and coffee.  We waited in the lodge for the race to start. 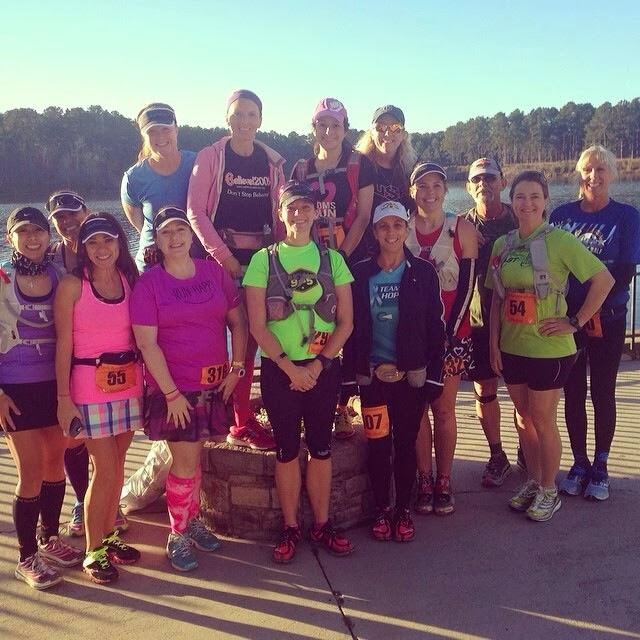 Before we knew it, it was time to head to the start, but not before a picture!

I have never, in my entire life, ran on a trail.  I was strictly a road/treadmill runner until Saturday.  It was a little difficult at first to get adjusted to the softer ground, but I liked it!  It was much more forgiving on the joints.  My plan was to stick with my friend Luisa (we became Marathon Maniacs that day!!), but she is a little faster than me, and I didn’t want her to hold back.  Just as I was getting in a groove, one of my goals (don’t fall down) was out the window.  I took my eyes off the trail for a few seconds to start my podcast and I was down.  Little did I know it was just the beginning!!  A little blood never hurt, right? 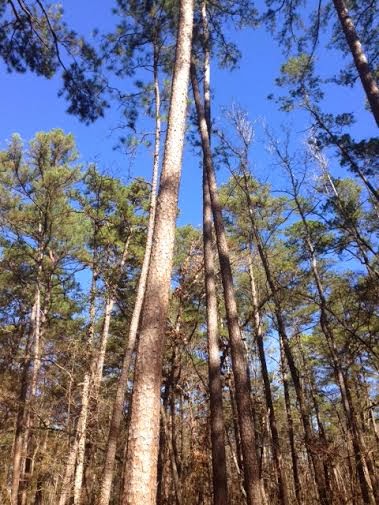 The view from below

Around mile 4, I met up with my friend Tona, who was running the half.  I was so happy that happened.  We ran the rest of her race together as we were going the same pace.  I will be forever grateful that she waited up for me!  The first half flew by and I was so lonely after she left me!  Next year she needs to do the full! 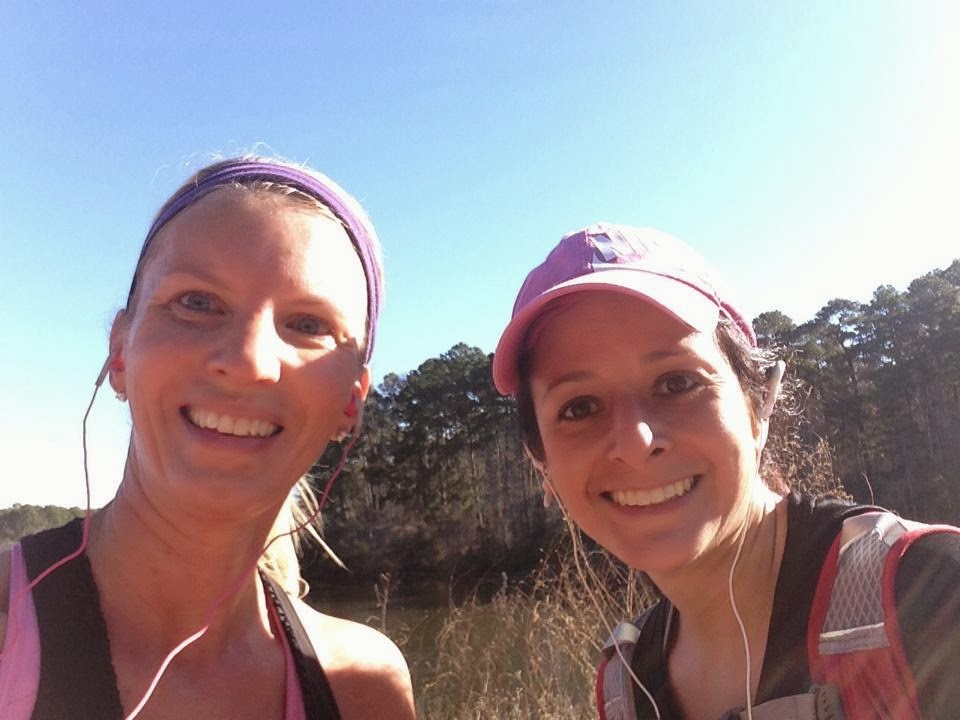 Loop started out fairly well, I was even passing some people, but I lost my sidekick and I fell...again.  In almost the same exact spot as the first time.  Then I fell again, and again.

Being out in the woods for a couple of hours by yourself is interesting.  It is so peaceful and serene, but it can get a little lonely at times.  There were a few hikers and bikers and then the aid stations every 3 miles or so.  Yet sometimes miles would pass before I saw another runner. 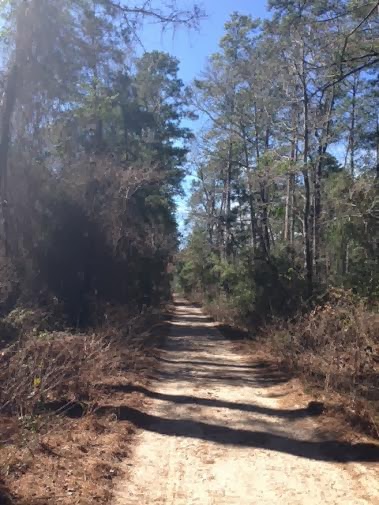 This was incredibly peaceful!
It was really different going from such a huge production, like Houston, to a smaller, more intimate race.  I am really starting to prefer the smaller races; less congestion, more camaraderie and often great race perks.  Yet, the larger races still hold their allure as well.  I ran really well until around mile 22, when I started to get a little bored.  I was walking a bit more, checking facebook, texting people and then decided I better get a move on.  Just as I passed my last runner on the trail I fell into a bush, the best fall of them all!  I had leaves in my hair and was bleeding again.  I was mad and determined to just kill it.  I finished the race at 5:03:00, running my second half at only 3 minutes more than my first half, which is a HUGE improvement for me.  My splits are usually 20 mins+. 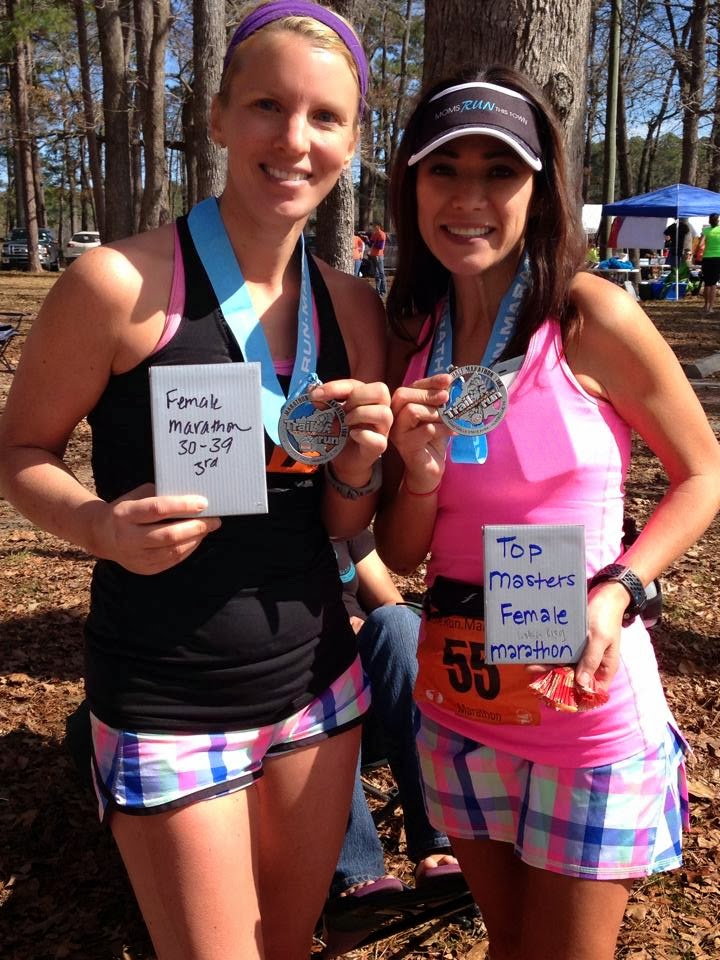 We are now maniacs!!

I loved this race (I have been loving on all of my races lately), but this one was really something special.  Everyone in my group *rocked* this race.  A couple of us placed.  I finally placed in my age group (another HUGE goal of mine).   My friend Luisa WON the Master’s division and my friend Teri won 2nd in our age group.  All the half marathoners finished strong.  We ALL had a blast and THAT is what made the race what it was.  We celebrated each and every one of our finishes.  We even got the finish line tape for my friends DK and Royce! 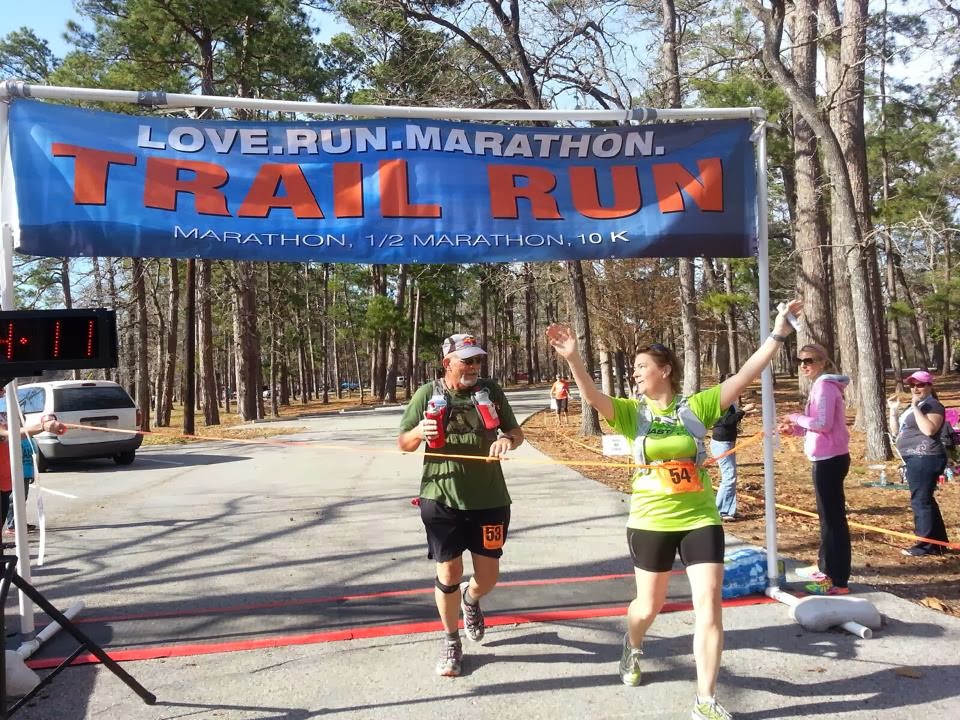 Everyone wins with MRTT!!

There was also another special finish.  A “local celebrity”, Ted Johnson, would be finishing his 101st marathon.  101!!  Can you imagine?!?  He did it in a flurry of fanfare.  Team Red, White and Blue escorted him the entire race with flags and he was honored at the finish.  It was so inspiring and incredibly moving. 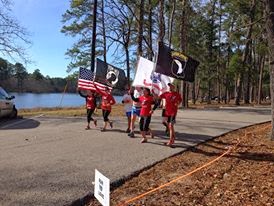 So here I sit, still on a high, planning my next race.  Thank goodness our MRTT virtual race is this weekend.  It was satisfy my desire to run a race, more importantly, to run a race with my friends!  We are already planning a return trip for next year & every other year until we can run no more.  Who knows….maybe one of us will be running our 101st someday.  We will need each other for that. 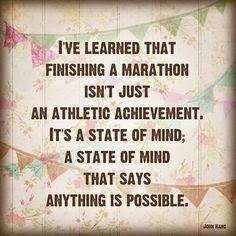 Saturday was special for another reason...it was Kayle girl's birthday...she turned 11. 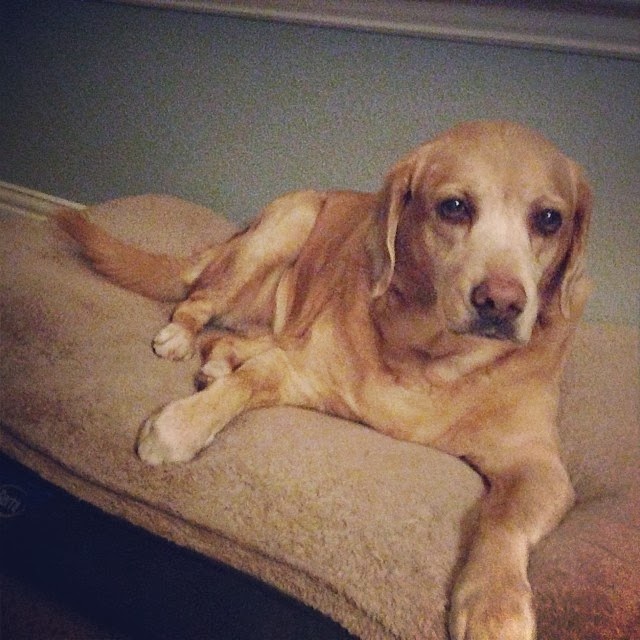 Happy birthday to my sweet girl.

**Mad props to my girl DK....for letting me use some of her pictures for my blog.  This girl has some mad paparazzi skills and never lets us forget a moment in time!  Thanks DK!! 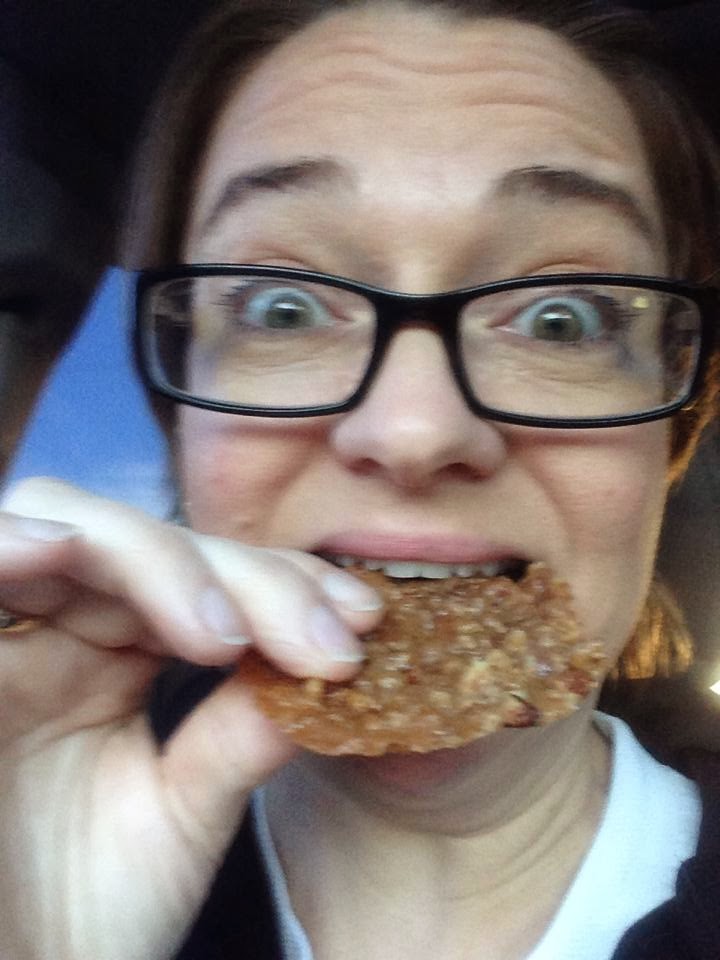 Posted by JoJoCouture at 9:40 PM 2 comments: